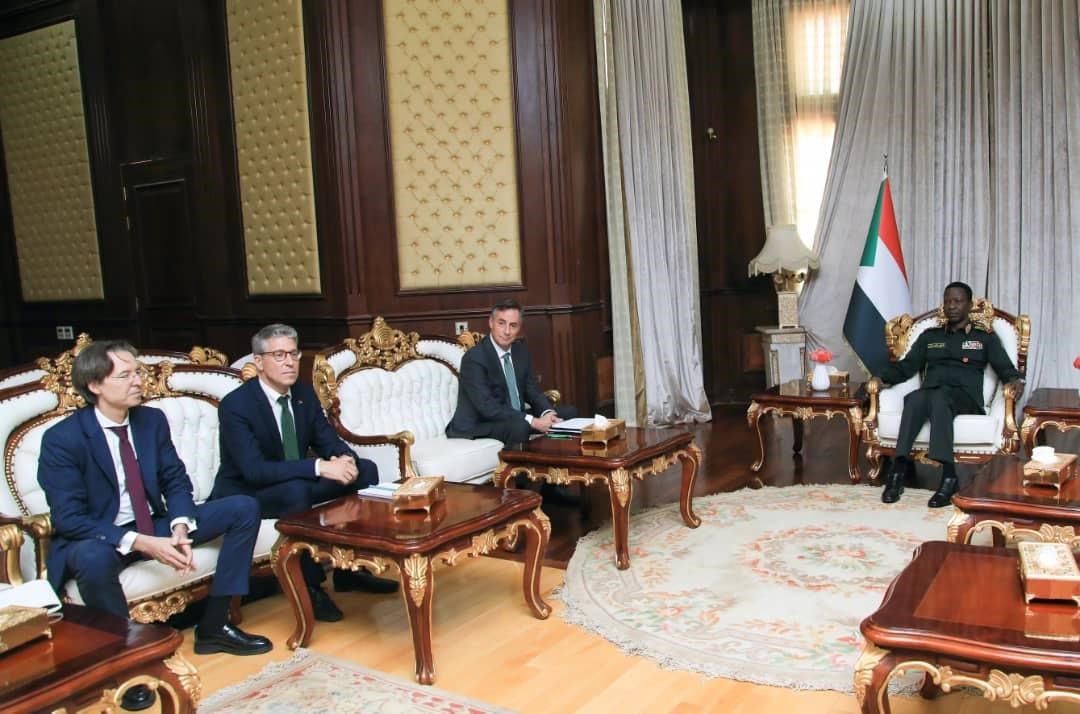 Khartoum, Sept 22 (SUNA) – The Member of the Transitional Sovereignty Council Lt-General, Shamsedeen Kabbashi has affirmed the government’ keenness to make a success the transitional period and support the democratic transformation through expanding the basis of participation and consensus of political forces. The TSC Member who met, Thursday, in the Republican Palace, the Head of the European Union delegation, currently on a visit to the country, assured the importance of dialogue and unifying of efforts to reach a unified vision that guarantees exit from the current crisis, Referring to the withdrawal of the armed forces from the political process, noting the importance of the civil parties' involvement in a serious dialogue without exclusion that leads to political consensus. The member of the Transitional Sovereignty Council pointed to the need to integrate initiatives to come up with a single document to consolidate the basis of the national dialogue. David Mc Allister,the Head of the European Parliament delegation, said in a press statement that the meeting touched on the course of the European Union’s relations with Sudan and its position towards the democratic transition, stressing the European Union’s readiness to support the democratic transition in the country, standing at the same distance from all parties, and its keenness to provide support For the tripartite mechanism, and to support the upcoming elections in the country. IF/IF