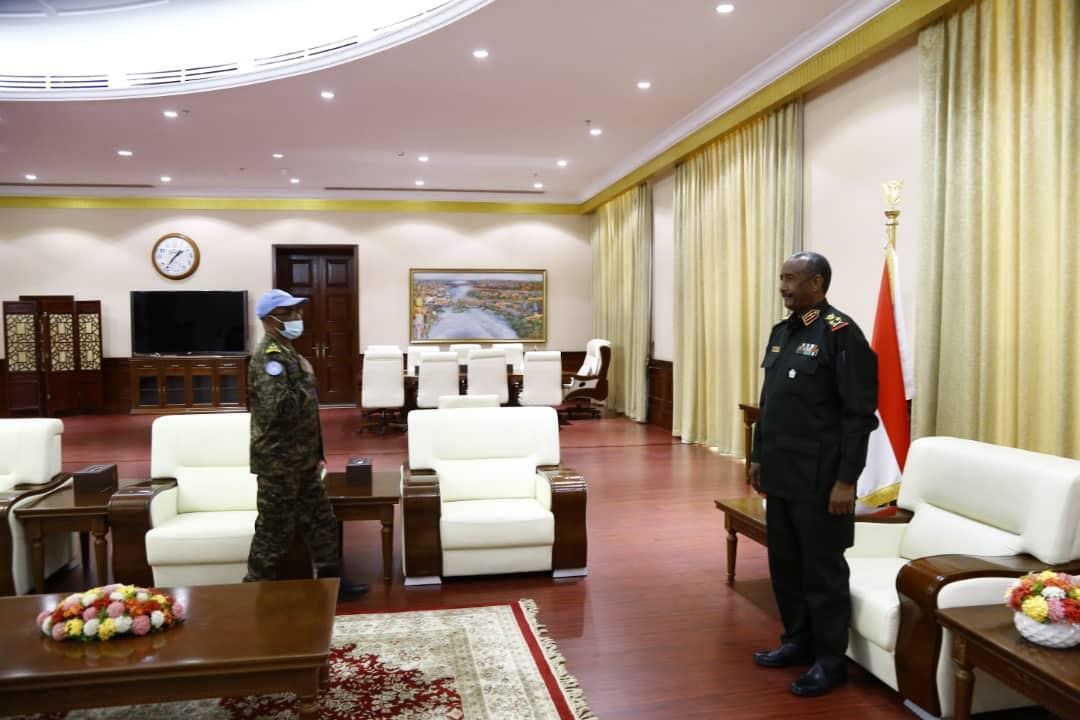 Khartoum, Sep. 8 (SUNA) - The Chairman of the Transitional Sovereign Council, Lieutenant General Abdul Fattah Al-Burhan, has received today at his office in the Republican Palace the new commander of the United Nations Interim Security Forces for Abyei, "Kvialo Med Tasima", who succeed the outgoing commander, Kabirimariam. The meeting has tackled all the issues related to the UNICFA forces and the role that the forces have been and are still playing in maintaining security, stability, peace and peaceful coexistence among the components of the Abyei area, the meeting also dealt with the ongoing efforts to achieve peace and spread the spirit of tolerance among the residents. The Chairman of the Transitional Sovereign Council, on his part has welcomed Commander Kvialo, wishing that the Abyei region would witness more stability and peace during his tenure. ta

Al-Burhan: We have clear opinion of necessity of binding agreement on filling of EGRD Khartoum, Apr. 16 (SUNA) - The head of the Transitional Sovereig... Read More
91 views
Dr. Hamdouk meets IDA Delegation
On 19 April 2021