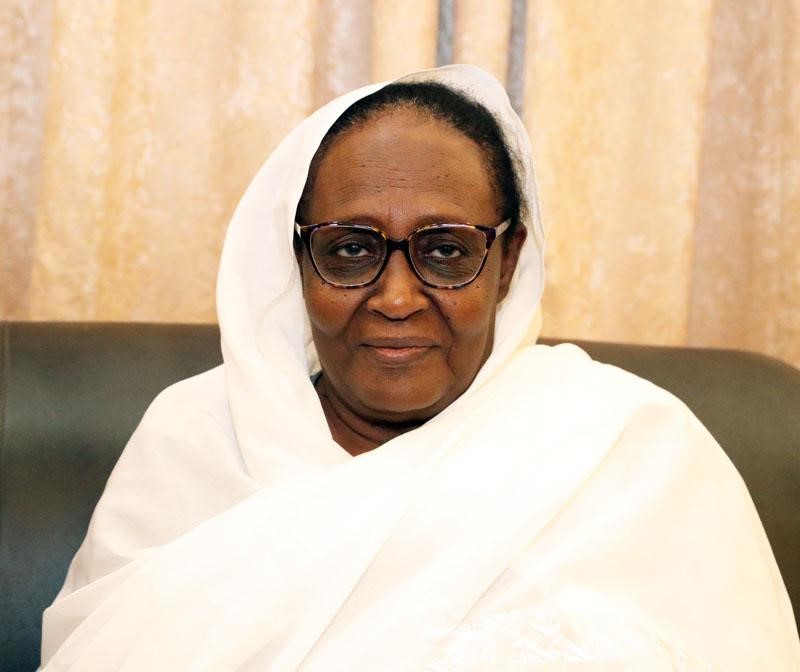 Khartoum, Mar. 8 (SUNA) – The Minister of Foreign Affairs, Asma Mohamed Abdalla, has called on the US Treasury to contribute to removing the name of Sudan from the list of countries that sponsor terrorism, a matter which would urge banks and financial institutions to have banking dealing with Sudan, facilitate financial transfers, integrating the country into the international financial system and facilitating the investment. This came when the Minister of Foreign Affairs received Sunday in her office the visiting Assistant US Secretary of the Treasury, Marshall Billingslea, and the accompanying delegation. The minister has welcomed the delegation and given a briefing on the economic situation in Sudan and the measures adopted by the government to alleviate the citizens' suffering. She also informed the US Treasury delegation on progress the negotiations' between the government and the armed struggle movements in Juba, South Sudan State. For his part, the US Assistant Secretary of the Treasury for Terrorism Affairs, praised the positive changes witnessed by Sudan and appreciated Sudan role in combating terrorism, affirming the support of the US government for the transitional period. He noted that the US government has already lifted the economic sanctions imposed on Sudan, but it is the presence of the name of Sudan on the list of state sponsors of terrorism prevents Sudan from having financial transfers with international financial institutions, expressing his hope that the name of Sudan be removed from the list shortly. MO