Al-Rahad exports more than 6,000 tons of crops during January 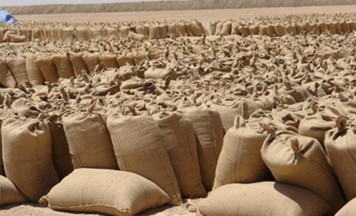 Al-Rahad, February 16 (SUNA) - The total number of crops that were exported from Al- Rahad Crops Market to the Arab and international markets during January 2020 reached about 6,466 tons of different crops. The Executive Director of Al-Rahad Crop Market Mahmoud Ahmed Bishara explained to SUNA that 80% of export crops went to various global markets, while part of the exports were allocated to local consumption. He revealed that the crops that were exported included peeled bean nuts, hibiscus, white and red sesame and gum Arabic. He added that Al-Rahad Locality was characterized by the production of many export crops with preferential advantages, explaining Al-Rahad is one of the localities that contribute a lot to the national exports, pointing out that the total crops received from the various production areas in the same period amounted to 6,879 tons, revealing that the volume of liquidity that has been circulated amounted to 466,078,936 Pounds. He said that the marketing season of the Stock Exchange in Al-Rahad and sub-markets in the local area witnessed large inflows of different crops coming from the production areas. Bishara explained that his administration has put in place several plans and programs to combat crop smuggling by activating fixed and mobile checkpoints and providing them with combating requirements. BH/BH

Cabinet reviews the adjusted budget for the fiscal year 2020 Khartoum, July 22 (SUNA) - During its regular meeting held on Wednesday at its Secretaria... Read More
5 views
Meteorological Department: Heavy rains expected in most states of the country
On 05 August 2020 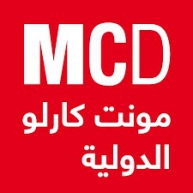 Al-Batahani: The National Building Forum an Open National Platform Khartoum, July 2 (SUNA) – The head of the expert committee of the University of K... Read More
108 views
Police: Calmness and stability of security situations in all the states
On 03 July 2020

Police: Calmness and stability of security situations in all the states Khartoum, July.2 (SUNA) - The regular meeting of the police leadership chaired... Read More
81 views