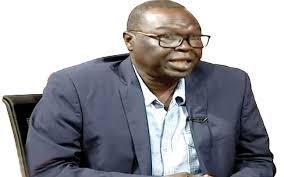 The Hague, Feb. 9 (SUNA) – Member of the Sovereign Council, Dr. Siddiq Tawer, has met with a number of lecturers and academicians of Leiden, Amsterdam and a number of other Dutch universities at a reception the Hague organized by Sudan diplomatic mission to the Netherlands in honor of his visit to the country. In his speech at the reception, Dr. Tawer has praised the historic ties and the level of coopera-tion between Sudan and the Netherlands, besides the efforts made by Dutch university lecturers in transferring knowledge and the qualification of Sudanese students and graduates for many years, a matter which contributed to the improvement of scientific research fields in the Sudanese universities and the development of vital sectors in Sudan. Meanwhile, the head of Sudan diplomatic mission to the Netherlands, Ambassador Kamal Bashir, reviewed aspects of the cooperation between Sudan and Netherlands and presented practical proposals to push ahead and to activate the programs of scientific and academic exchange, and the exchange of visits and lectures between both countries. For their part, the attendees made several interventions and gave visions and proposals to reactivate the cultural and academic relations between Sudan and the Netherlands, and to achieve maximum benefit from the distinguished and existing relations between the lecturers and learners for serving science and knowledge. MO