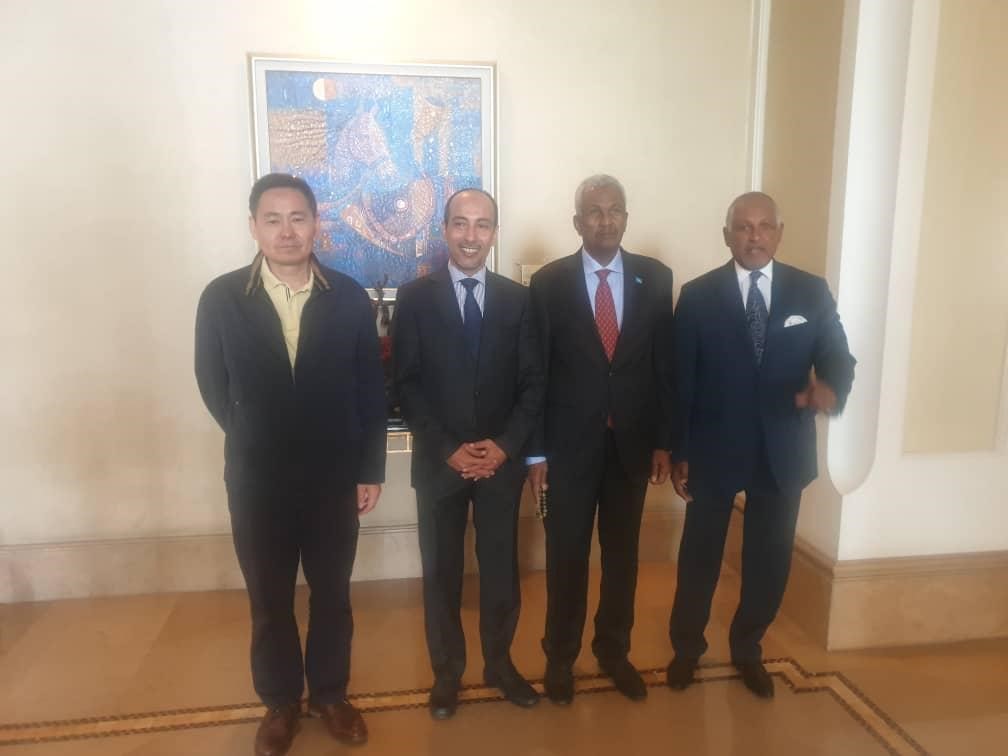 Khartoum, June 21 (SUNA) – The Undersecretary of the Ministry of Foreign Affairs, Ambassador Dafa’alla Al-Haj Ali, has affirmed Sudan keenness to consolidate its cooperation and integration with the countries of the Horn of Africa by benefiting from its large economic and natural resources and in his capacity as the head of IGAD. In his address to the First China - Horn of Africa Conference on Peace, Governance and Development, hosted by Ethiopia during June 20 – 21, Ambassador Dafa’alla pointed out that Sudan, in its capacity as the IGAD Chairman, affirms its cooperation with the countries of the region to benefit from the potential resources to face challenges in the areas of food security, agriculture, energy and infrastructures for the benefit of the peoples of the Horn of Africa. The Undersecretary referred to Sudan role in achieving peace and security in the region despite the challenges of the transitional phase that followed the glorious December revolution, noting that Sudan is and still is a guarantor and sponsor of the revitalization agreement for peace in South Sudan, which was signed in 2018. Delegations from the Horn of Africa countries at the level of deputy foreign ministers have participated in the conference, along with the Chinese special envoy for the Horn of Africa, Shui Bing. On the sidelines of the conference, Ambassador Dafa’alla Al-Haj Ali met with the heads of delegations of a number of participating countries and discussed issues related to the bilateral relations and ways to enhance them, as well as the efforts made during the transitional period to achieve national consensus in Sudan. stressing the highest determination of the Transitional Sovereignty Council to achieve this goal, which is leading to expediting the aspired democratic transformation. He also met with correspondents and a number of journalists of local, regional and international news agencies and tackled the developments in Sudan, ways to strengthen the cooperation and relations between countries in the Horn of Africa region and building more firm Sudanese relations with China. MO