Al-Burhan receives telephone call from US Assistant Secretary of State

Al-Burhan receives telephone call from US Assistant Secretary of State 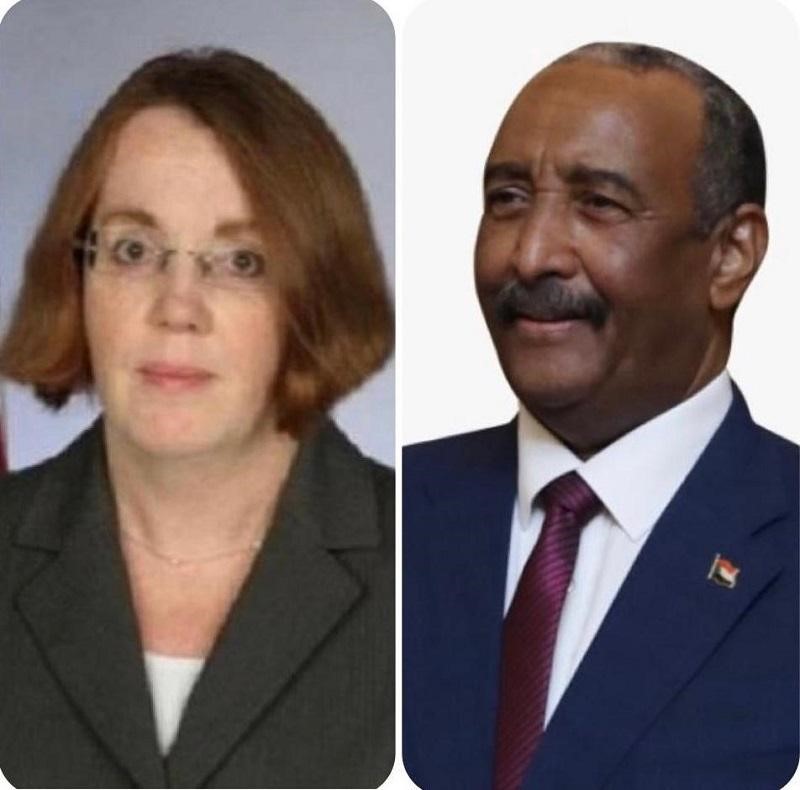 Khartoum May 8 (SUNA) - The Chairman of the Transitional Sovereignty Council, General Abdel Fattah Al-Burhan, received today a phone call from the US Assistant Secretary of State for African Affairs, Ms. Molly Phee, in which she confirmed the US administration's support for the transition process in Sudan. The TSC President pledged his commitment to complete the transitional phase to the stage of democratic transition, and renewed his commitment to support the efforts of the tripartite mechanism along with other efforts made by the Sudanese to achieve national consensus. Al-Burhan expressed his thanks for the assistance of the US Secretary of State and the US interest in the Sudanese issue. The US official, on her part, affirmed the United States' support for the process of dialogue and reconciliation between the political forces and Sudanese parties, which is sponsored by the tripartite mechanism, noting Washington's readiness to facilitate all obstacles and create the atmosphere for the launch of the dialogue in a transparent manner, expressing her thanks to the President of the Sovereignty Council for his response to the release of detainees. The conversation touched upon the bilateral relations between the United States of America and Sudan and ways to develop them in all fields, as the American official affirmed her country's commitment to support Sudan to achieve consensus and completing the transition process. IF/IF