Canada reiterates support to Sudan, calls for consensus among all parties

Canada reiterates support to Sudan, calls for consensus among all parties 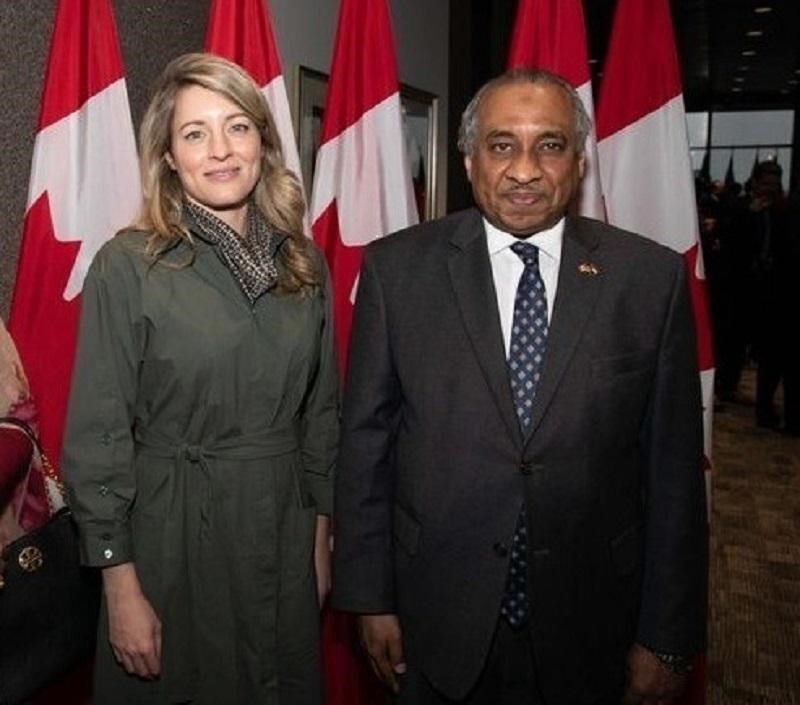 Ottawa, May 8 (SUNA) - Canadian Minister of Foreign Affairs Melanie Joly today received Sudan's Ambassador to Canada Tariq Abu-Salih, during a reception organized by the Minister for heads of diplomatic missions accredited to Canada.
The Minister spoke of the importance that Canada attaches to its relations with all countries of the African continent, emphasizing Canada's role in Africa and in building stability and security around the world. Ambassador Tariq Abu-Salih expressed Sudan's appreciation for the support Canada has been providing to Sudan during the last period, wishing Canada would continue its support for Sudan for the success of the transitional period leading to the elections. The Minister stressed that Canada will continue to support Sudan during the next stage, and hoped that all parties would sit at the dialogue table and reach an agreement to complete the transitional period and hold elections that would lead to establishment of sustainable democracy. BT/BT