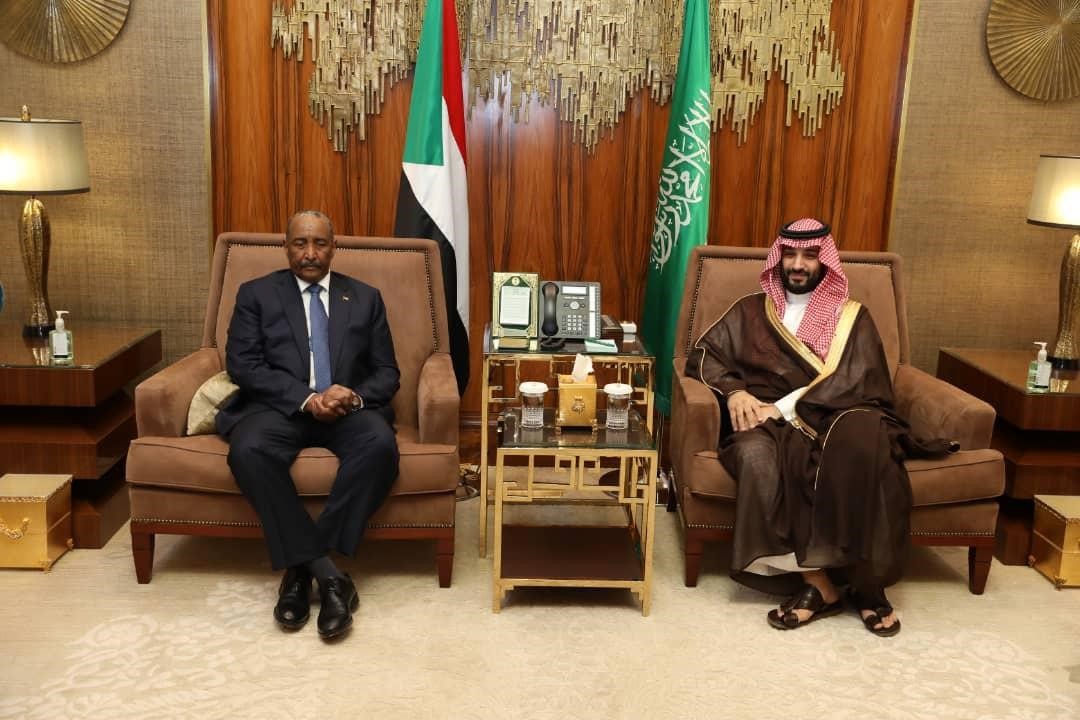 Riydh,Mar.21(SUNA)- The President of the Transitional Sovereignty Council, General -Abdel Fattah Al-Burhan, and the Saudi Crown Prince,H.H Prince Mohammed bin Salman Al Saud,,on Monday held bilateral talks at the Palace of the Custodian of the Two Holy Mosques in Riyadh. The talks covered the bilateral relations between Khartoum and Riyadh and means for promoting and developing them, further, ,economic development and investment fields to serve the interests of the peoples of the two countries.. The TSC President commended the continued support of the Kingdom of Saudi Arabia for maintaining peace and stability in Sudan, and its unshakeable support to the Sudan in regional and international forums.. Al-Burhan condemned the terrorist attacks carried out by the Houthi terrorist groups against Saudi Arabia, underlining that the security of Saudi Arabia is an integrated part of Sudan's security. General Al-Burhan briefed the Saudi official on the political developments in the Sudan and the efforts being exerted by the Government to realize security and stability in the country while, . Saudi Crown Prince Mohammed bin Salman Al Saud has pledged that Saudi Arabia will continue to support the Sudanese people, lauding Sudan's role and efforts in the fight against terrorism. The Saudi Crown Prince affirmed the readiness of the Saudi Investment Fund to invest in Sudan in all fields. The two sides stressed the need for coordination and cooperation in the field of Red Sea security, military cooperation and the exchange of experience. FA/IF.