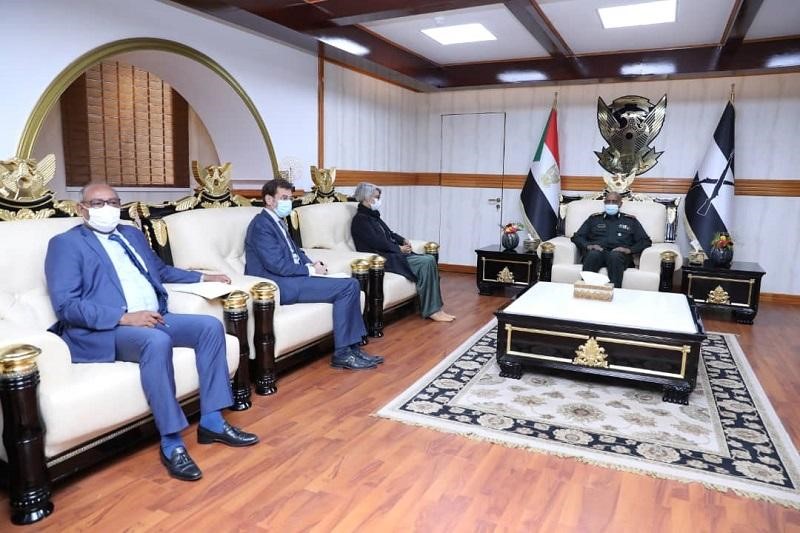 Khartoum, Nov 28(SUNA) - The President of the Transitional Sovereignty Council, General Abdel Fattah Al-Burhan, met in his office today, the European Union’s Envoy for the Horn of Africa, Annette Weber, and discussed with her the need to complete the structures of the transitional authority, including the formation of the transitional legislative council and the Commissions and Councils, especially those related to the election process. During the meeting, Al-Burhan pledged to protect the transitional period until free and fair elections are held, stressing his support for the government of national competencies that is to be formed by the Prime Minister, Dr. Abdalla Hamdouk in order to perform its national tasks in the required manner. Al-Burhan stressed support for efforts made to hold a comprehensive dialogue with all political forces in the country excluding the dissolved National Congress Party. The European Envoy, on her part, affirmed the European Union's continued support for the political transition process in Sudan in order to hold the elections, especially in the logistical and technical aspects, indicating that Sudan is an important country for the security of the region and the Red Sea. IF/IF