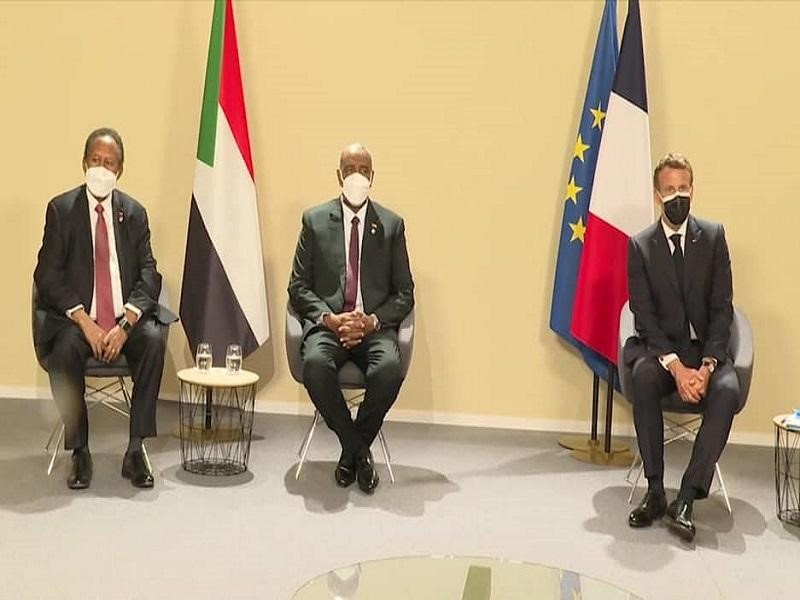 Paris, May 17 (SUNA) – The President of the Transitional Sovereignty Council, Gen. Abdul-Fattah Al-Burhan, and the Prime Minister, Dr. Abdalla Hamdouk, have pledged to maintain united visions and to work together for success of the transitional period and achieving the goals of the Sudanese revolution. At the closed tripartite meeting at the Elysee Palace with the President of France, Emmanuel Macron, Al-Burhan and Hamdouk affirmed that they will work together and to press ahead in confronting the challenges facing the transitional period. They appreciated the great role being played by President Macron and his stances in support of Sudan, expressing thanks to the government and people of France for organizing this conference, which represents a major turning point for boosting the economy of Sudan and its return to the international forums. On his part, the French President directed the economic and investment institutions in his country to support Sudan and to stand alongside its, stressing that France will provide every possible support for success of the transitional period in Sudan. MO