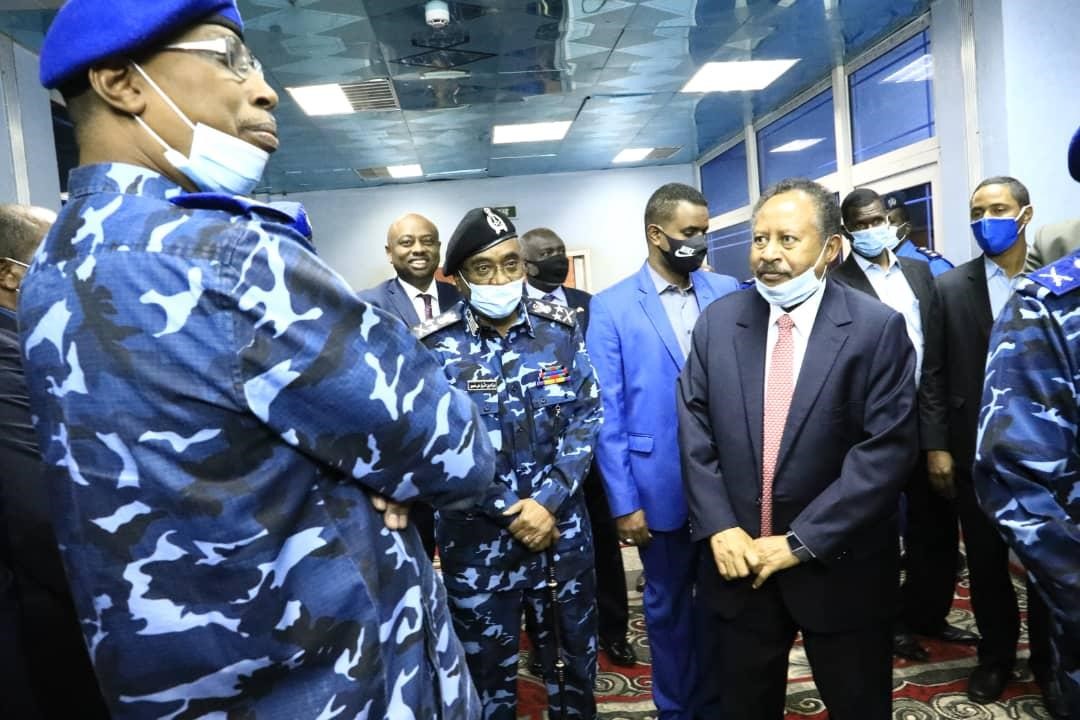 Khartoum, Feb.22(SUNA)-The Prime Minister, Dr Abdalla Hmadouk , has lauded role of police in heightening principles of the glorious December Revolution, protecting the citizens security and prevailing the social peace. He added during his inspection visit to the Interior Ministry Monday , that the police forces are carrying out a huge work and important for the state and the society unkown for the ordinary people and that it is necessary for the media to display that He emphasized that Sudan’s openness and its return to e international community would bring huge international support , pointing out that the police share from that support would be big one so that they gain privileges that they have been deprived from them during the defunct regime and that opportunities of training and qualifying of its personnel in outside the country so as that the police be able to carry out its full tasks with high efficiency. Minister of Interior ,General Izz-Eddin Al Sheikh welcomed the Prime Minister’s inspection visit. The meeting was attended by Minister of Finance and Economic Planning, Dr Jibril Ibrahim and Minister of Cabinet Affairs, Engineer Khalid Yousif. AB/AB