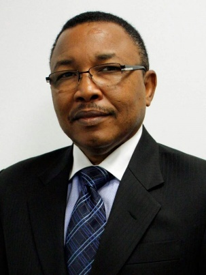 Khartoum, Dec.5 (SUNA) – The Acting Foreign Minister, Omar Gamaredeen Ismail on behalf of the Prime Minister participated in the 3th AU Emergency Summit on the African Country Free Trade Area which held virtually, in Johannesburg, capital of South Africa. The minister delivered Sudan’s statement before the summit in which he thanked the South African President and the AU Chairman, Cyril Ramaphosa for hosting the meeting and the President of the Republic of Niger, Muhammadu Buhari for his support to the Arfican Free Trade Area, referring to the launching of the Free Trade Area in2021. He tackled the important developments in Sudan including the government achievements of the Transitional Period represented in the realization of peace with the revolutionary Front which will support development, progress and prosperity efforts and help overcoming a number of challenges. He added that the transitional government is working to remove the structural irregularities in the Sudanese economy, which were inherited from the previous regime, and for this purpose it has adopted serious steps by developing plans and programs for economic recovery and addressing the challenges, especially those related to hindering the integration of Sudan into the regional and global economies. The minister appreciated the efforts exerted by the African Union and the international partners which resulted in holding of Sudan Partners Conference in Berlin, last June. IF/IF