The Netherlands to support Sudanese Media

The Netherlands to support Sudanese Media 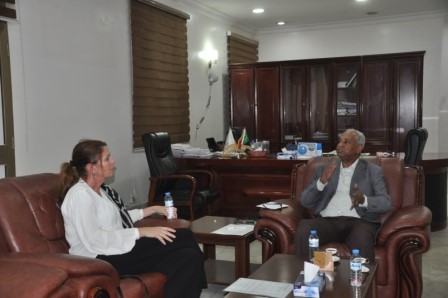 Khartoum, March.25 (SUNA) – The Netherlands Ambassador to Khartoum, Dr. Karin Boven, on Sunday, announced her country’s readiness to support plans aimed at training the Sudanese media cadres. This came when the Minister of Culture and Information, Fisal Mohammed Salih met, at his office, the Netherlands diplomat and briefed her on the addressing of the Sudanese media to peace issues and the awareness campaign on the Cronavirus pandemic. The minister has earlier received an invitation to participate in In the Media Issues and Freedom of the Press Conference which was supposed to be held next May, but it has been postponed for next October. IF/IF