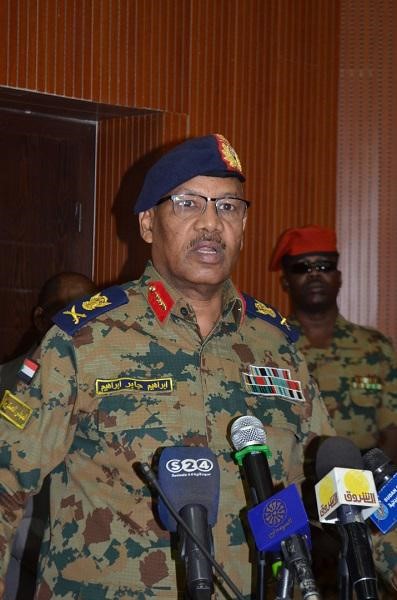 Khartoum, Feb. 16 (SUNA) – Member of the Transitional Sovereign Council and Representative of the council's Vice – President, Maj. Gen. Ibrahim Jabir, has underscored importance of the great role of the National Borders Commission in defining and demarcation of the borders with the African countries and realizing security and stability in the continent. Addressing the inaugural sitting of the Workshop on the International Practices of the Borders Commissions, organized by the National Borders Commission in cooperation with the African Union's Borders Program Sunday in the Friendship Hall, Maj. Gen. Jabir praised the role of the African Union in supporting the glorious December revolution that brought about a major transformation in the Sudanese political map, and called on the Commission of the African Union to bring together the political parties in Africa for restoring its strength and recovery among the countries. Meanwhile, the Chairman of the National Borders Commission, Maaz Mohamed Ahmed Tango, said that the commission was formed by the African countries to to define a timeframe for demarcation and marking between African countries and then start the work of corridors and crossings. He indicated that the role of the commission was scheduled to end on the year 2016, but its mandate was extended to the year 2018 and then to 2020 with the aim to help the African Union's Program in its meetings and committees and the joint border commissions and to provide benefit from the experts in this regard. He explained that the four-day workshop will come out with recommendations that will guide the Sudanese government and African countries in the borders field and support the commission and the success of its future work on the borders between African and international countries. AA/MO