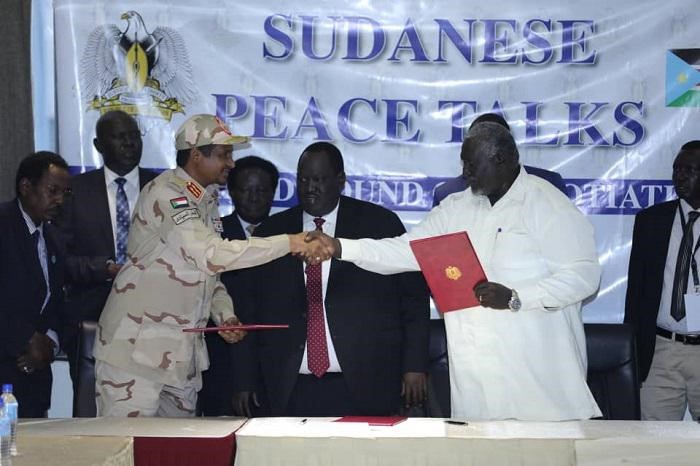 Juba, Dec. 17 (SUNA) – The People’s Movement – North, led by Malik Aggar, has considered the signing of the framework agreement for addressing the humanitarian issues in South Kordofan and the Blue Nile as an important one and reflects the spirit of the revolution and partnership and paves the way for agreement on other issues. The delegations of the government and the People’s Movement – Aggar faction signed on Tuesday evening a framework deal to deliver humanitarian aid to the citizens in South Kordofan and the Blue Nile. In a press statement, deputy leader of the People’s Movement – North, Aggar Faction, Yasser Arman, said that they felt the seriousness, stating that the agreement shall put an end to the suffering of citizens at the areas held by the government. He said that the agreement is ending to the hegemony of the former regime and its policies that were harmful to citizens. Arman indicated that, according to the agreement, a joint committee will be formed to assess humanitarian needs, provide aid, open the crossings, and define paths to convey the humanitarian needs of those affected by war in the two areas. He said that the agreement provides for the establishment of mechanisms to monitor and implement the cessation of hostilities in the areas controlled by the movement in South Kordofan, the Nuba Mountains and the Blue Nile. According to Arman, a timetable has been set for the implementation of the agreement after one week, adding that there will be committees in Khartoum and Kadogli for the implementation. He said that the agreement includes the affected farmers and herdsmen and ensures the freedom of movement from the areas held by the movement and the government. MO