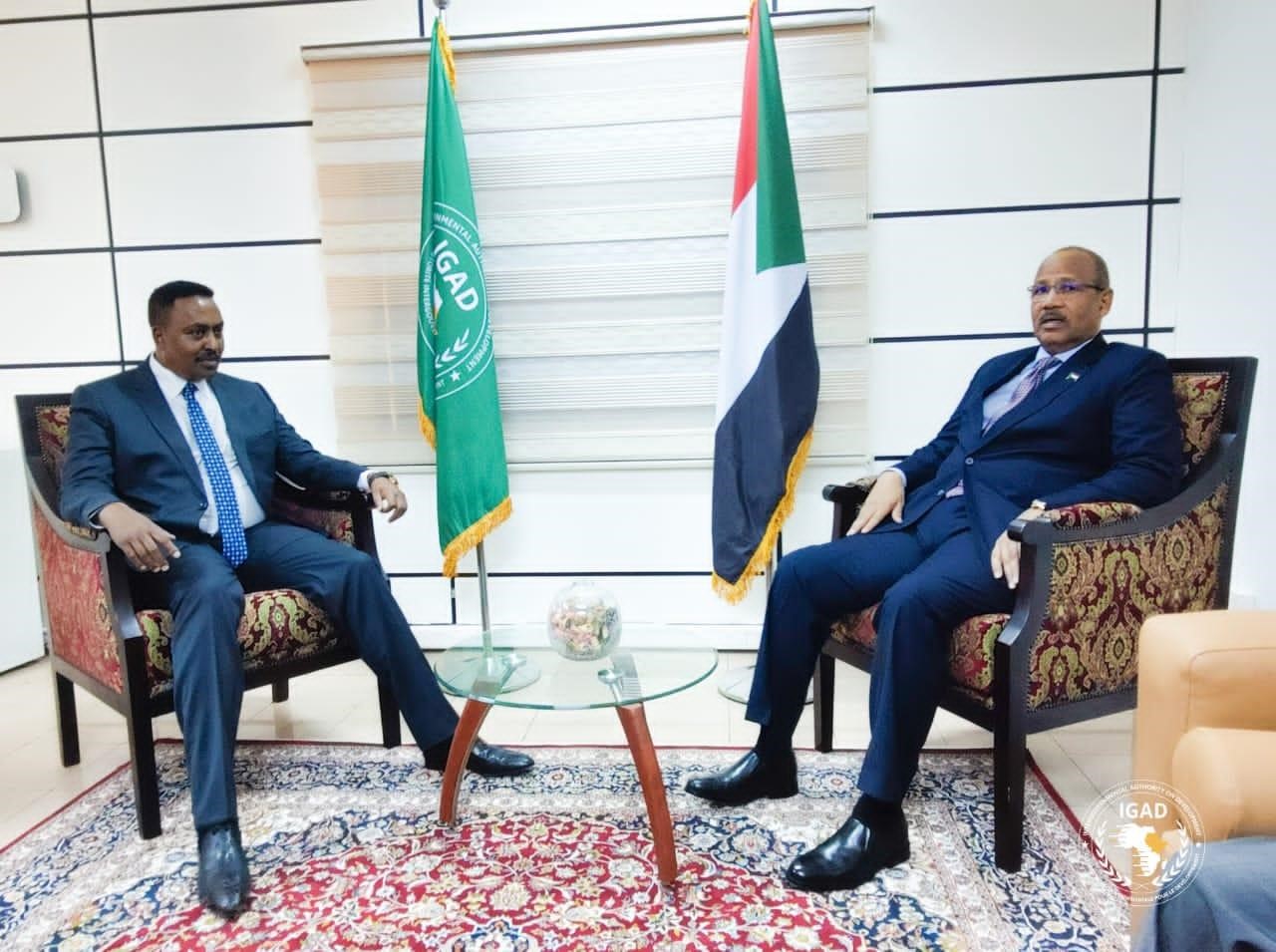 Khartoum, Nov. 15 (SUNA) - The member of the Transitional Sovereignty Council, Lieutenant-General (naval) Engineer Ibrahim Jaber Ibrahim Ali, stressed the need to unify efforts and fruitful cooperation in order to achieve the desired goals of the current session of the IGAD, through the road map developed by Sudan, and the need for IGAD heads of state to contribute to their implementation. During his meeting today, with the IGAD Executive Secretary, Ambassador Dr. Workneh Gebeyehu, in the presence of the Undersecretary of the Ministry of Foreign Affairs, Ambassador Daffa Allah Al-Haj Ali, and the Secretary-General of the Ministry of Defense, Lieutenant-General Issam Karrar, Ibrahim Jaber Ibrahim asserted the importance of consolidating the pillars of peace and community security in the region, achieving African economic integration and the spreading of peace culture. Sudan's ambassador to Djibouti, Rahma Ahmed Al-Obeid, noted in a press statement that the meeting touched on various issues and topics of common concern, especially agricultural development and activating the role of women and youth to serve the interests and aspirations of the peoples of the region. She added that the meeting discussed in details the proposed plans and programs for the IGAD Regional Center in Sudan, and the means to carry out its role as one of the large regional centers. ta

Ibrahim Jaber meets President of Djibouti Djibouti, Nov. 15 (SUNA) - The member of the Transitional Sovereignty Council, the envoy of the President of... Read More
55 views
Foreign Minister meets US Ambassador
On 16 November 2022