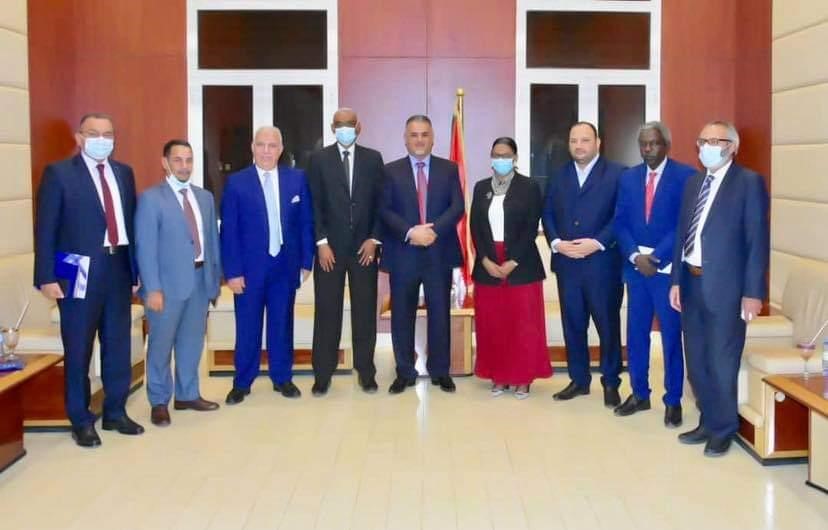 Khartoum Dec. 28(SUNA)-Minister of Finance and Economic Planning, D.Hiba Mo-hamed Ali has directed to develop a cooperation strategy between Sahel and Sahara Bank Group and the Government of Sudan to implement development and infrastruc-ture projects that the government seek to establish during the coming period. She explained that the cooperation strategy should be based on the State's tripartite program and the 2021 budget, adding that Sudan after being removed from State sponsors of terrorism is expected to witness an economic openness that necessitates focusing on infrastructural and development projects. The Minister met in her office, Sunday with Dr. Ahmed Omar Al-Tarhouni, Chairman of the Board of Directors and General Director of the Sahel and Sahara Bank Group, in the presence of Dr. Amin Saleh Yassin, Undersecretary of Planning at the Ministry, Mr. Ah-med Muhammad Shuaib, Advisor to the General Director, and Professor Fathallah Abdal-Latif, Chairman of the Board of Directors of the Bank of Sudan and his accompa-nying delegation. Dr. Hiba explained that the transitional government seeks to activate the partnership with the Bank, which had been hindered by the defunct regime, and to increase the bank’s investments in Sudan during the coming period . Dr. Ahmed Omar Al-Tarhouni, from his part, announced that the Sahel and Sahara Bank would establish an investment fund to finance small and medium enterprises, to be based in Sudan. He called to benefit from the Libyan experience in sovereign funds and to activate the role of the private sector, explaining that Sudan contributes effectively to raising the bank’s capital, and the Sudan branch is the second largest branch of the group. SN/AB