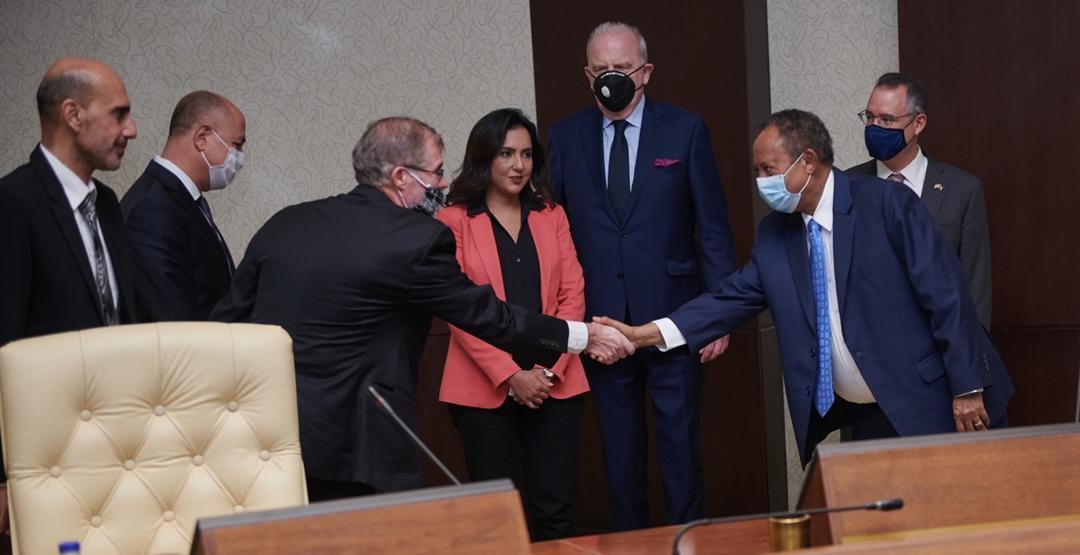 Khartoum, Oct. 14 (SUNA) – Prime Minister, Dr. Abdalla Hamdouk, Wednesday received a high-level delegation of General Electric and Monitor Power Systems Companies, in the presence of the Minister of Cabinet Affairs, Ambassador Omer Manis, the Minister of Finance and Economic Planning, Dr. Hiba Mohamed Ali, the Minister Energy, Engineer Khairi Abdul-Rahman, and Senior Advisor of the Prime Minister Al-Sheikh Khidir. The visiting delegation included the Regional Director of General Electric Company for the Middle East, the Executive Director of Monitor Power, the Executive Director of General Electric in Sudan, Egypt and Libya, in the presence of the American Chargé d'Affaires to Sudan. The meeting discussed practical steps to implement a joint energy project in Al-Foula town in West Kordofan State between the National Petroleum Company (Sudapet) and Monitor Power, which aims to increase the generation of electricity by about 570 megawatts, using locally produced natural gas. The total cost of the project is estimated at 915 million dollars. The project is considered a prelude to more large foreign investments to the country and an indication of Sudan return to the global investment market. The project is expected to contribute to creating many job opportunities for Sudanese youth. The Executive Director of Monitor Power Company said that the partnership will benefit both parties and that both companies are pleased to operate in Sudan. The representative of General Electric Company expressed the gratitude and pleasure of the company return to operate in Sudan in the energy and health sectors. MO