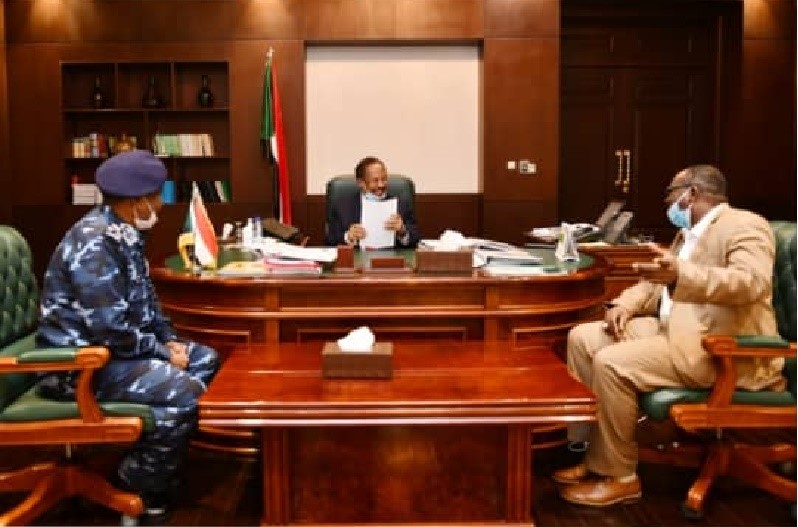 Khartoum, Sep. 8 (SUNA) The Prime Minister, Dr. Abdullah Hamdouk, met at his office today, the Director General of the Police Forces, Lieutenant General Ezz Eddin Sheikh Mansour, after his return from Kassala State, in the presence of Dr. Youssef Adam Al-Dahay, the Minister of Federal Government. The Director General of the Police Forces has presented to the Prime Minister a report on the overall situation in Kassala state of following the incidents the city recently witnessed, he also informed him on the security plan set up, and the measures that had been taken to restore life to normal. ta

Al-Burhan: We have clear opinion of necessity of binding agreement on filling of EGRD Khartoum, Apr. 16 (SUNA) - The head of the Transitional Sovereig... Read More
91 views
Dr. Hamdouk meets IDA Delegation
On 19 April 2021