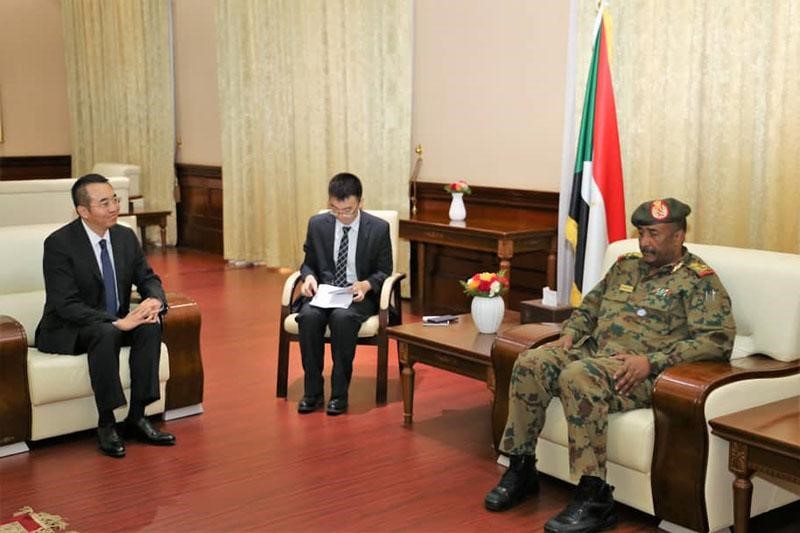 Khartoum, April 24 (SUNA) – Chairman of the Transitional Military Council (TMC), Lt. Gen. Abdul-Fattah Al-Burhan, received in his office at the Republican Palace the Ambassador of the People’s Republic of China to Sudan, Mr. Ma Xinmin, in the context of the consultations between the two countries. In a press statement, the Ambassador of China said that the meeting has reviewed the current political situation in Sudan and the efforts of the Transitional Military Council to achieve a Sudanese consensus on the transitional period. He said that China appreciates the role being assumed by the Transitional Military Council in the current stage, especially with regard to leading the dialogue between all the Sudanese political components toward achieving accord. The Chinese Ambassador pointed out that his country encourages all the Sudanese political forces to work together and to focus their dialogue on the ways to realize stability, enhance the economy, achieve the interests of the Sudanese people and to agree on the surpassing of the current stage. The Chinese ambassador expressed his confidence on the ability and wisdom of the Sudanese people to overcome the current difficulties. MO