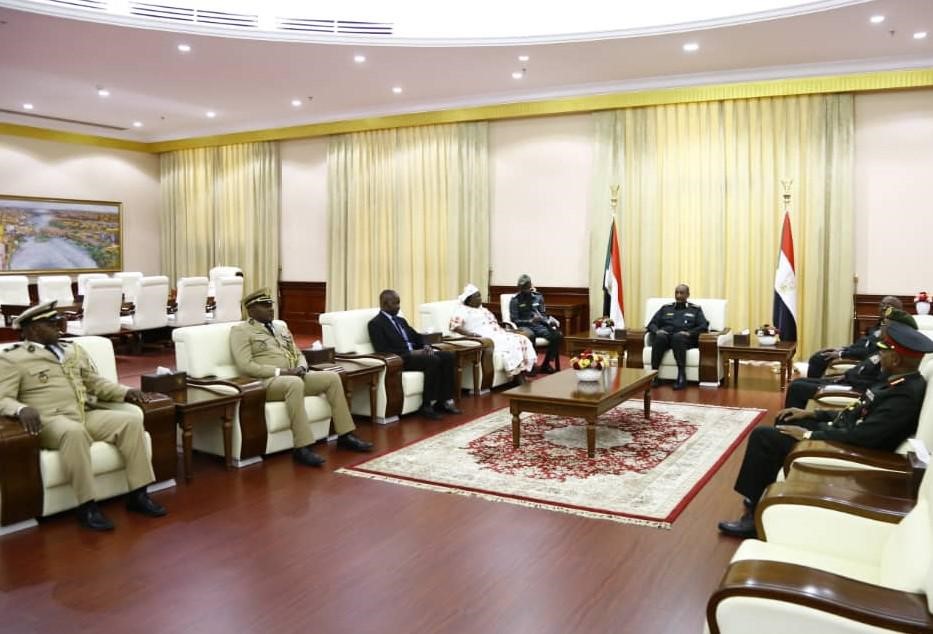 Khartoum Nov. 4 (SUNA)- Chairman of Transitional Sovereign Council, Lt (Gen) Abdul-Fattah Al Burhan, has affirmed firmness of the partnership between Sudan and the Central African Republic (CAR) in all domains and at sovereignty and executive levels. The Sovereign Council Chairman during his meeting Monday at the Republican Palace with the Minister of Defense of the CAR, Marie Noelle Koyara, affirmed Sudan keenness to sup-porting all the efforts to maintain stability in CAR through integration of roles between the two countries. Lt. Gen. Al-Burhan expressed Sudan appreciation of confidence of the Central African Republc on Sudan as regard of solving the security problems that faced the country. He renewed Sudan firm stance to coordinate and cooperate with its African neighbors, the AU and international community to encourage the parties in CAR to come together for supporting the agreement signed in Khartoum on February 2019. For her part the Minister of Defense in CAR has praised Sudan firm stand and its continuous support to her country in the field of economy, agriculture, commerce and defense. She also commended Sudan role that led to signatory of peace agreement between the government and the armed movements in CAR. AA/MO