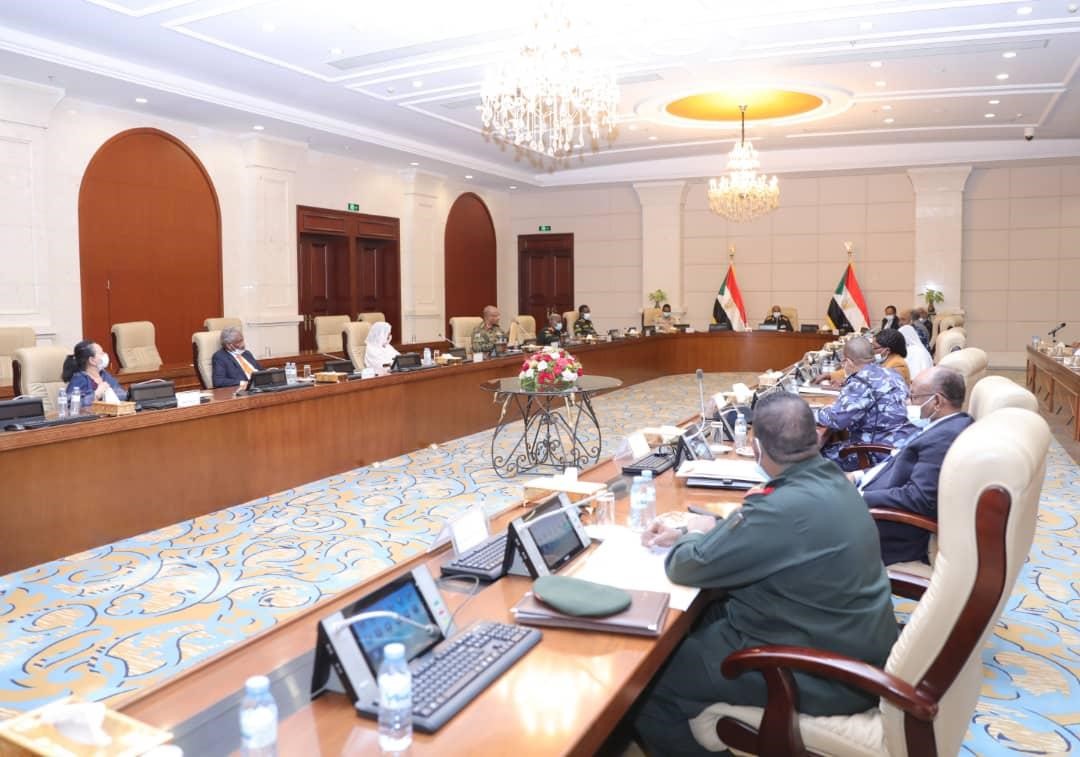 Khartoum, April 5 (SUNA) – The Security and Defence Council, chaired by the President of the Transitional Sovereignty Council, Gen. Abdul-Fattah Al-Burhan, has affirmed its support to the declaration of the state of emergency in West Darfur State and delegating the regular forces to take all necessary to end the tribal disputes. In a press statement after a meeting of the Security and Defence Council, the Minister of Defence, Maj. Gen. Yassin Ibrahim Yassin, announced formation of a higher committee with full authorization and powers to deal with the violations of the peace agreement. He said that the council decided to enact the legal legislations to ensure that the regular forces can put an end to the security breaches by the legal means, and that the state's regular and security organs shall monopolize the use of military force, in addition to continuing the campaign for forcible collection of weapons and deterring anyone who carries weapons outside the legitimate framework. MO