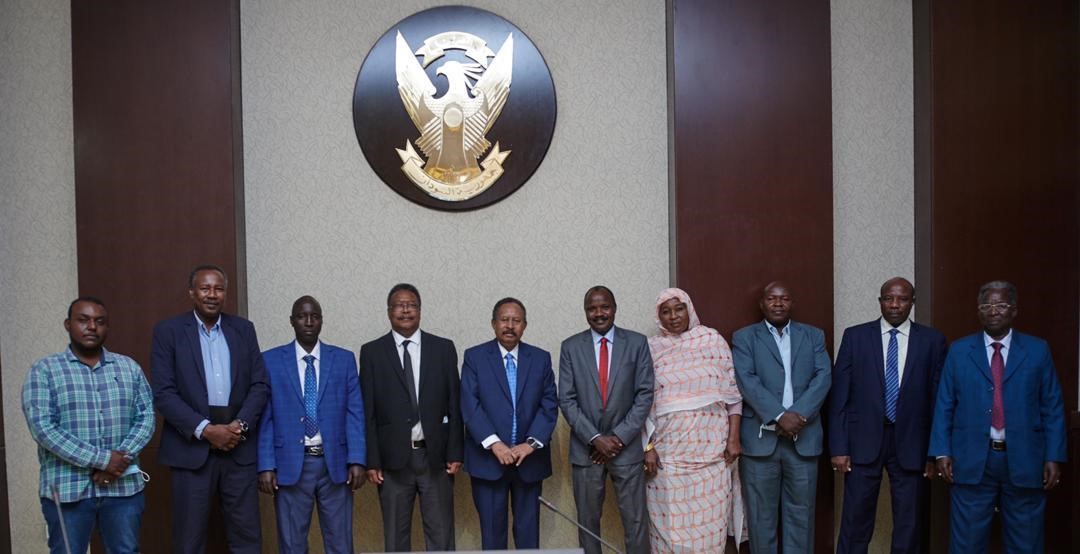 Khartoum, Oct. 14 (SUNA) - Prime Minister, Dr. Abdullah Hamdouk, indicated that the dialogue between the peace process partners has seriously and strictly addressed, for the first time in the history of Sudan, the roots of the crisis that led to the war in Sudan. During his reception to the delegation of the Sudan Liberation Army headed by Abu Obaidah Al-Khalifa, the Assistant Chairman of the Movement - Commander Mani Arko Minawi - for political affairs. Dr. Hamdouk noted that the movement’s participation in the peace process has expressed the true meaning of peace, and just as the glorious December revolution was the opportunity that enabled the Sudanese to return to the founding platform, the achievement of a comprehensive and just peace is a new birth for Sudan. The Prime Minister also pointed out that the peace process, although it lasted for a year, but the insistence of all national partners to put an end to the suffering of the people of Sudan and build the Sudan was the first impetus to achieve peace, he continued that the Sudanese are now facing the challenge of the implementation of the peace agreement, and that requires the continuation of the spirit of the December revolution with the momentum of the peace process, and that despite the suffering and the spirit of partnership, the Sudanese must put their hands in each other’s hands, only then they will be able to overcome all difficulties , he said: “We will be able to build our country with each other, and we will all share what is available for the purpose of building our country, the return of refugees and the resettlement of the displaced, achieving sustainable and balanced development, building schools and paving roads.”. In a press statement, Abu Ubaidah Al-Khalifa explained that the delegation has provided an explanation to the PM about the goals and tasks of their visit, which is to acquaint with the peace positives and build social peace, explaining the details of the delegation’s program that includes a visit to the states of Darfur and inspecting the displaced camps, referring to their discussion with the PM and the governmental measures for the implementation of the peace agreement. He noted that the Sudan undergoing a new and qualitative historical phase after the achievement of peace, which requires the cooperation of all official and societal bodies to secure the peace process for a stable and sustainable peace. On the other hand, Fathia Kaka, the Assistant of the Movement’s Chairman for Women and Children Affairs, called on citizens in various parts of the country to play their role in acquainting with the peace agreement positives and standing together to implement it. Calling on the media to acquaint with the positives of the peace issues which has become a reality by the blessings of the Sudanese mothers who are struggling in the homeland of peace, freedom and justice, she added: "The women who suffered their tears would only be wiped except by peace, and we came to acquaint them with peace, and to wipe the tears of all mothers." ta