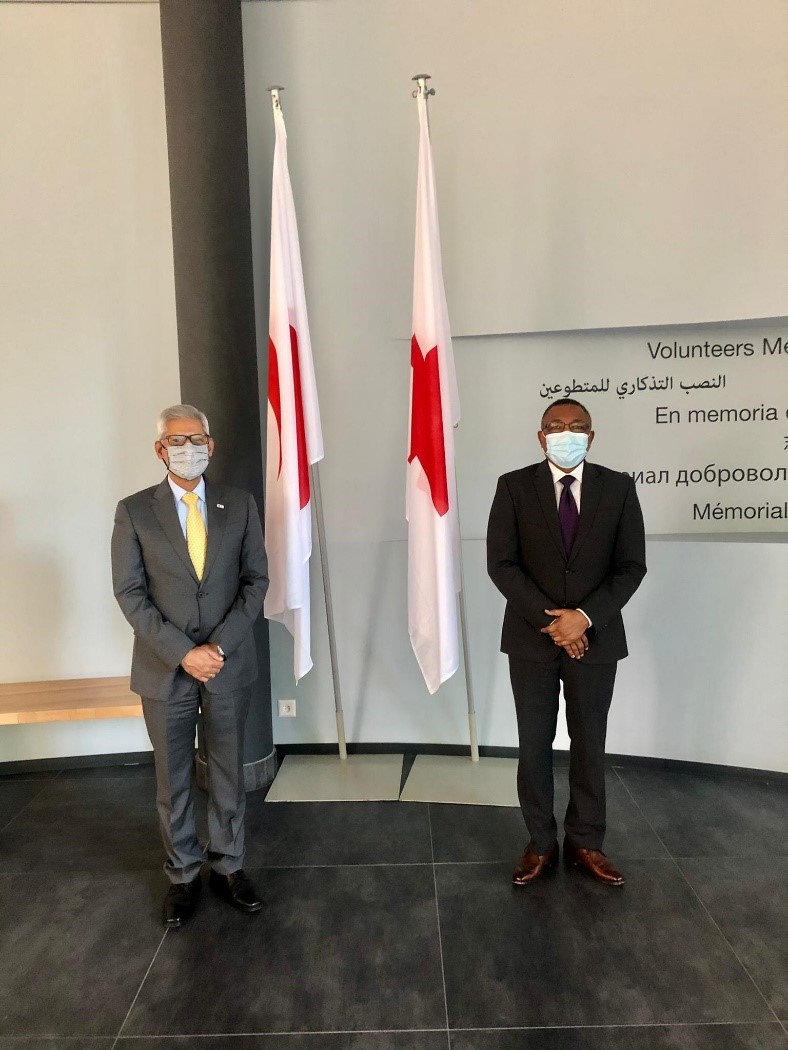 Khartoum Oct 8 (SUNA)- The Acting Minister of Foreign Affairs, Omar Gamar-Eddin has commended the fruitful cooperation between the transitional government and International Federation of Red Cross and Red Crescent Societies(IFRC) particularly, the support the federation has provided in response to the recent emergency call made by the government following the floods disaster that hit the country.  The IFRC Secretary General has called for raising 12 million Swiss francs to support the transnational government efforts of combating the flood disaster, the minister said.  This came when a meeting took place between the two sides, held last ,Thursday in Geneva on sideline of UNHCR 71st round of the Executive Committee meeting. Meanwhile Gamar –Eddin said that the transitional government welcomed the the forthcomin visit of IFRC general secretary, to Sudan. AA/IF