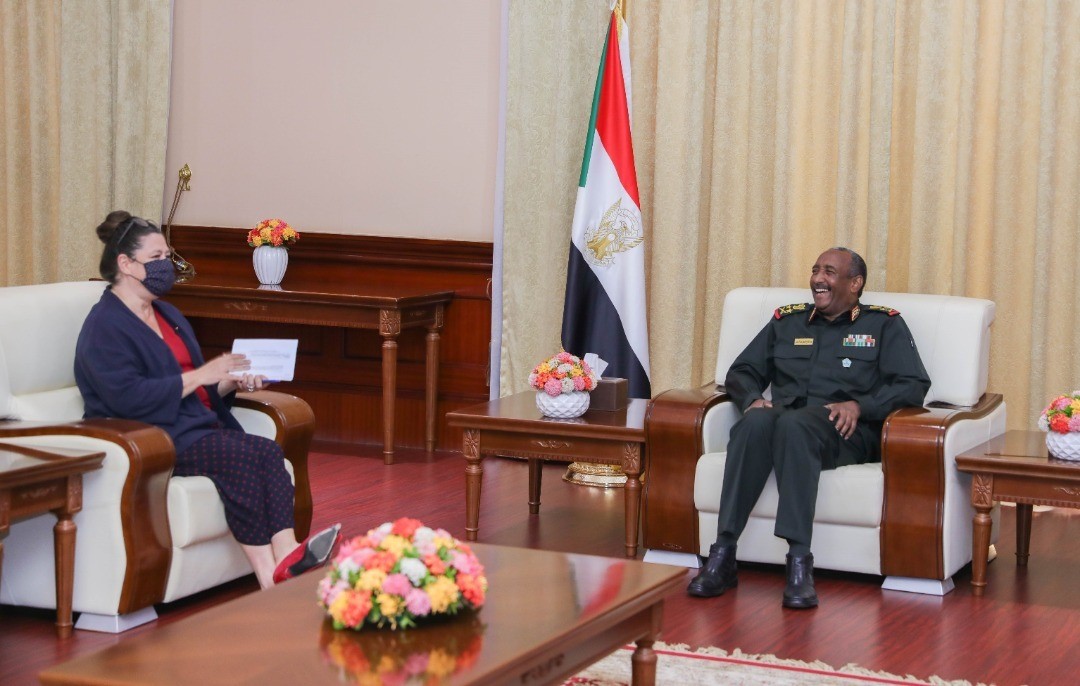 Khartoum, Sept. 14 (SUNA) – The President of the Transitional Sovereign Council, Lt. Gen. Abdul-Fattah Al-Burhan, received in his office Monday the Ambassador of France to Khartoum, Emanuel Platman, The French Ambassador said in a press statement after the meeting that she conveyed the condolences of the government of France to the President of the Transitional Sovereign Council, Lt. Gen. Abdul- Fattah Al-Burhan, on the victims of the floods that hit large parts of Sudan. She expressed the readiness of her country to provide urgent aid to Sudan in light of the current difficult conditions, noting that the French government, through the Disaster Management Center in Paris, is working with Sudan government to provide necessary aid and assistance to the flood victims, represented in tents, medical materials and water sterilizers. The Ambassador of France explained that she congratulated the President of the Transitional Sovereignty Council the initial signing of the recent peace agreement in Juba between the government and the armed struggle movements, expressing her country's aspiration for the final signing of the peace agreement on October 2nd. She affirmed France commitment to work to persuade the parties that have not yet joined the peace process to join the peace march. And also renewed her country's keenness to support the transitional period and stand by the Sudanese people under the current exceptional cir-cumstances. The French Ambassador considered the joint declaration signed recently between Prime Minister, Dr. Abdalla Hamdouk, and the leader of the People’s Movement – North, Abdul Aziz Al-Hilo, an important step to reach a comprehensive peace agreement, referring to the suffering of the Sudanese people due to disputes and wars. "The time has come to achieve permanent and comprehensive peace in Sudan," she said. The French Ambassador added that the meeting also tackled the task of the United Nations Integrated Transition Assistance Mission in Sudan (UNITAMS), which would begin its work in Sudan as soon as the UNAMID forces withdraw from Darfur. MO