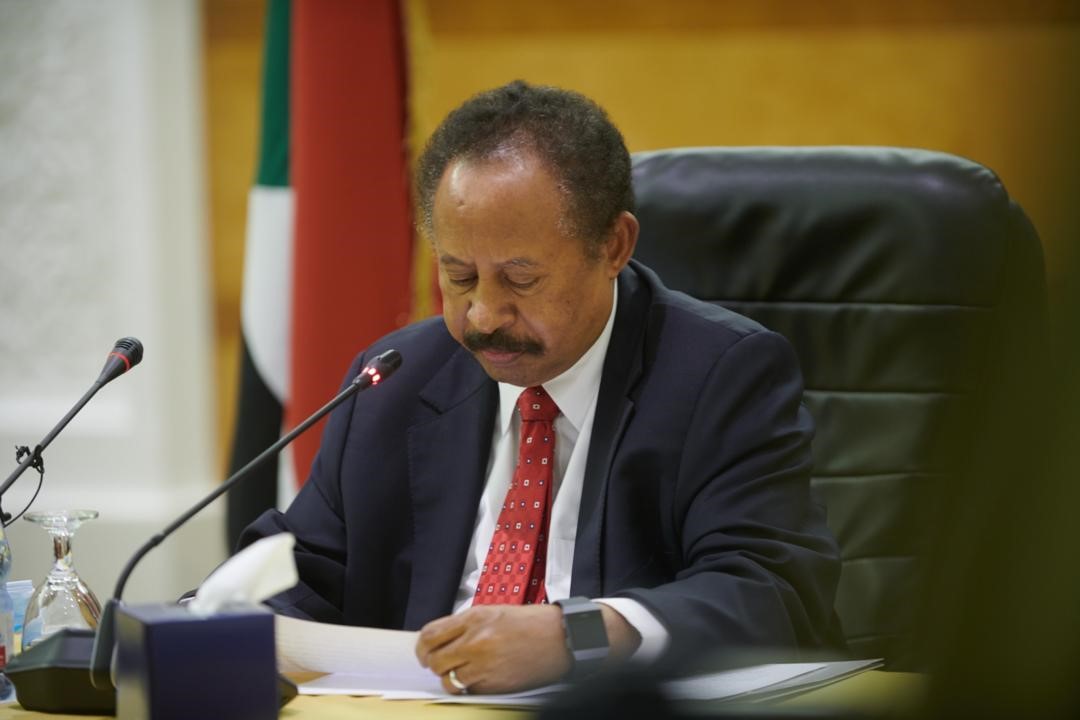 Singa, Sept.7 (SUNA) - Prime Minister Dr. Abdullah Hamdok inspected, Monday, the floods-affected people in Abdullah Wad Al Hassan School in Al Ashar District, Al Shajarah Club, Khadija Al Kubra and Umm Al momenin School in the northern district of Singa. Dr. Hamdouk who was accompanied by the Wali (governor) of Sennar State, Mohammed Suleiman and the ministerial delegation affirmed the state’s support for those who affected by provision of all kinds of assistances. He expressed solidarity with the affected people, stressing that the losses of Sennar State exceed the losses of all areas in Sudan. The Wali of the State reviewed the scale of the crisis and the great damage inflicted on the citizens, presenting a number of demands for supporting the infrastructure and setting up an urgent plan to ward off the impacts of the floods. IF/IF