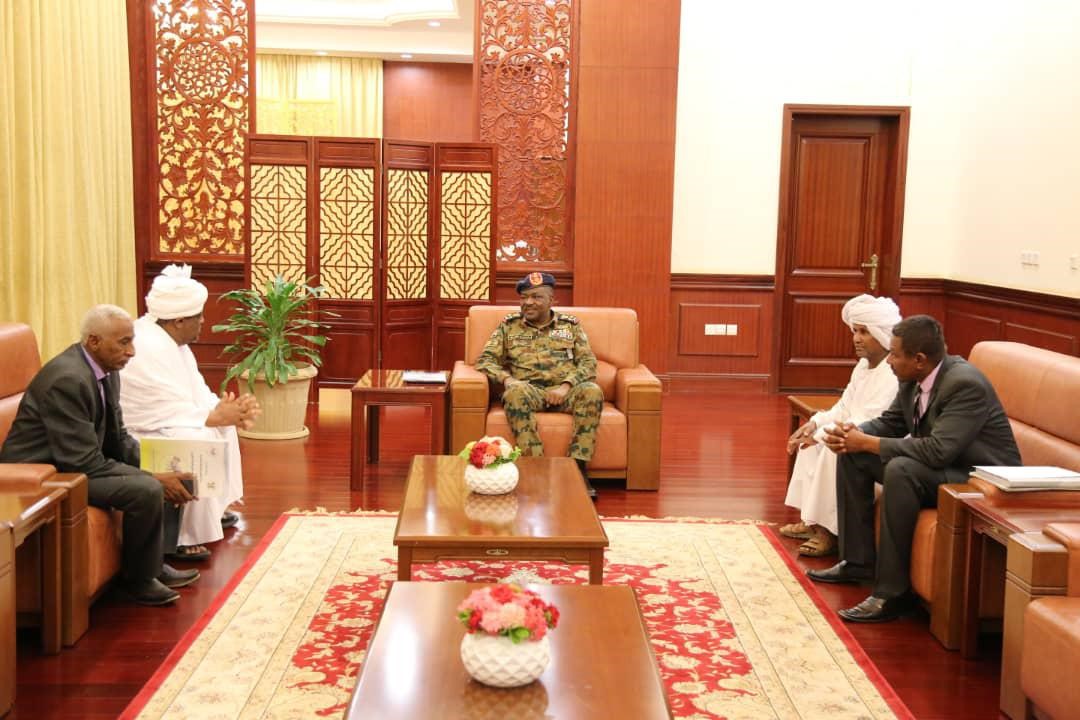 Khartoum, July 11 (SUNA) – Chairman of the Professional and Social Committee of the Transitional Military Council (TMC), Lt. Gen. (pilot) Salah Abdul-Khalig Saeed, received Thursday received at the Republican Palace a delegation of the Sudan Camel Race Association, headed by its chairman Saad Al-Umdda. In a press statement, head of the delegation said that he briefed the Chairman of the TMC Professional and Social Committee on the association’s activities and accomplishments in the past period. Al-Umdda indicated that the association will participate, in response to invitation from its Saudi counterpart, in the festival of camel race in the Saudi Tayyef city in next August, under patronage of the Saudi Crown Prince, Prince Mohamed bin Salman. He said that Sudan will participate with 100 heads of camels in the Saudi association’s festival. He said that LT. Gen. Saeed has approved Sudan in the festival and gave directives for exempting the Sudanese Camels Race Association from fees and the export revenues. Al-Umdda announced that the general assembly of the African Camel Race Union will be held in Sudan on August 17, 2019. MO