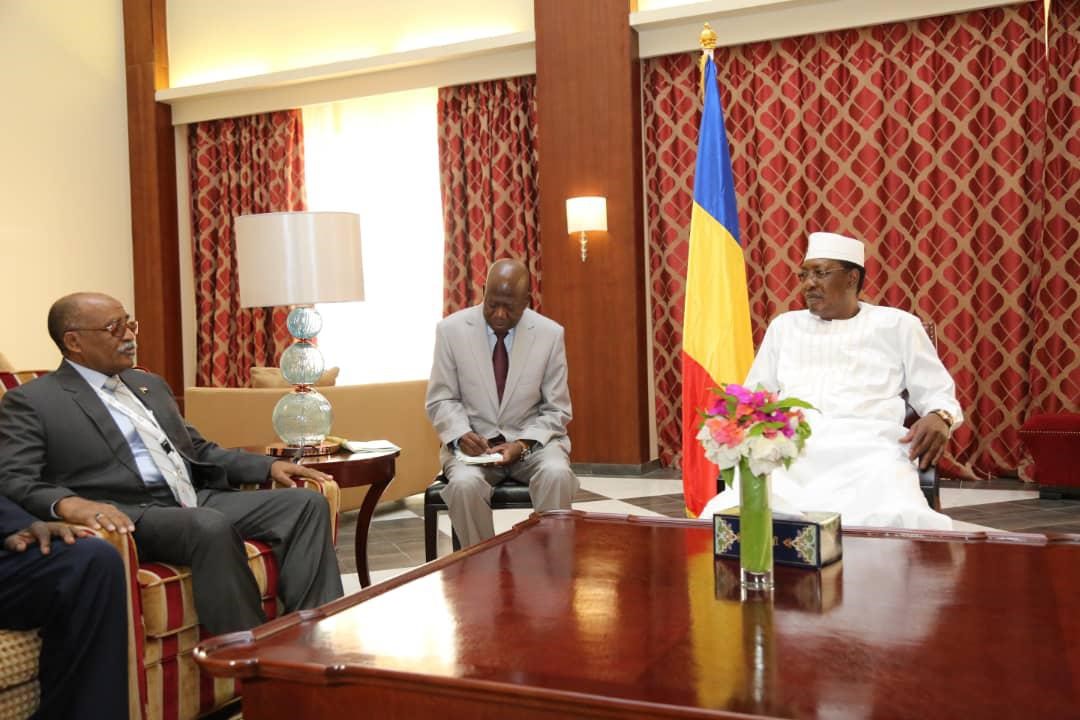 N’Djamena, June.26 (SUNA) – The Presidency Secretary General, lit. General, Mohammad Ali Ibrahim Al-Amin and the accompanied delegation met, Wednesady, the Chadian Presi-dent, Idriss Deby on the sidelines of the International Investment Forum which started sessions, today, in the Chadian capital. Al-Amin said the participation, in the forum, comes in the context of get acquainting with the invest opportunities in Chad, adding that he briefed the Chadian Head of State on the current political developments in Sudan. The Chadian President, during the meeting, expressed his country’s appreciation to Sudan-participation in the forum, adding that Chad looks forwad to more cooperation and develop-ment in the economic and trade relations between the two countries. IF/IF