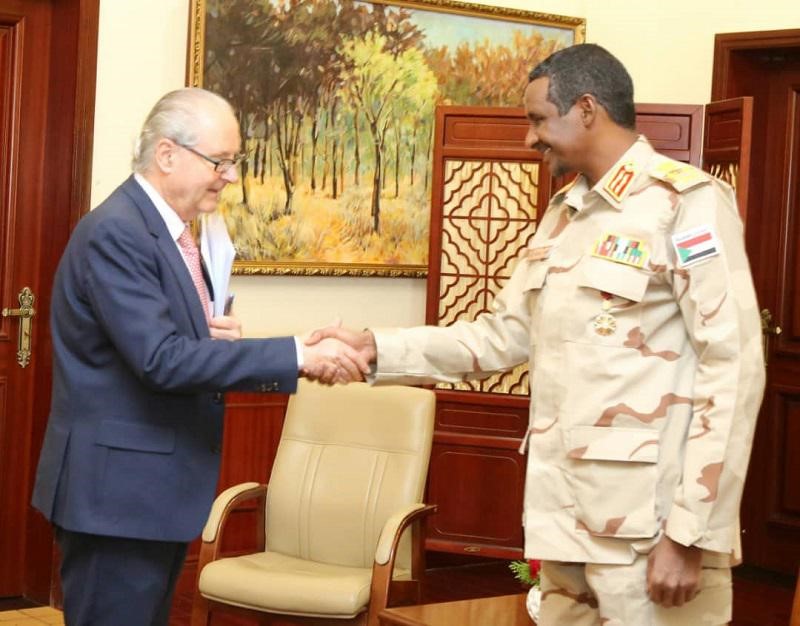 Khartoum, April.15 (SUNA) – Deputy Chairman of the Transitional Military Council, lit. Gen. Mohammad Hamdan Dalgo, received Monday at the Republican Palace the Ambassador of the European Union to Khartoum, Jean-Michel Dumond. During the meeting Daglo has briefed the European official on the current situation in the country, including the steps taken so far by the Transitional Military Council to make a suc-cess the transitional period and the on the going consultations to form civil government. The EU Ambassador said in a press statements that the union is committed to providing all the requirements to make a success the transitional period in Sudan, describing his meeting with Lt. Gen. Daglo as frank and clear. He considered the steps taken by the TMC, including the release of all the political detainees, lifting of the curfew and restructuring of the security body, as important for building con-fidence between the concerned parties. He said that the EU member-states are keen to see stablity, safety, prosperity and de-mocracy prevailing in Sudan. IF/MO