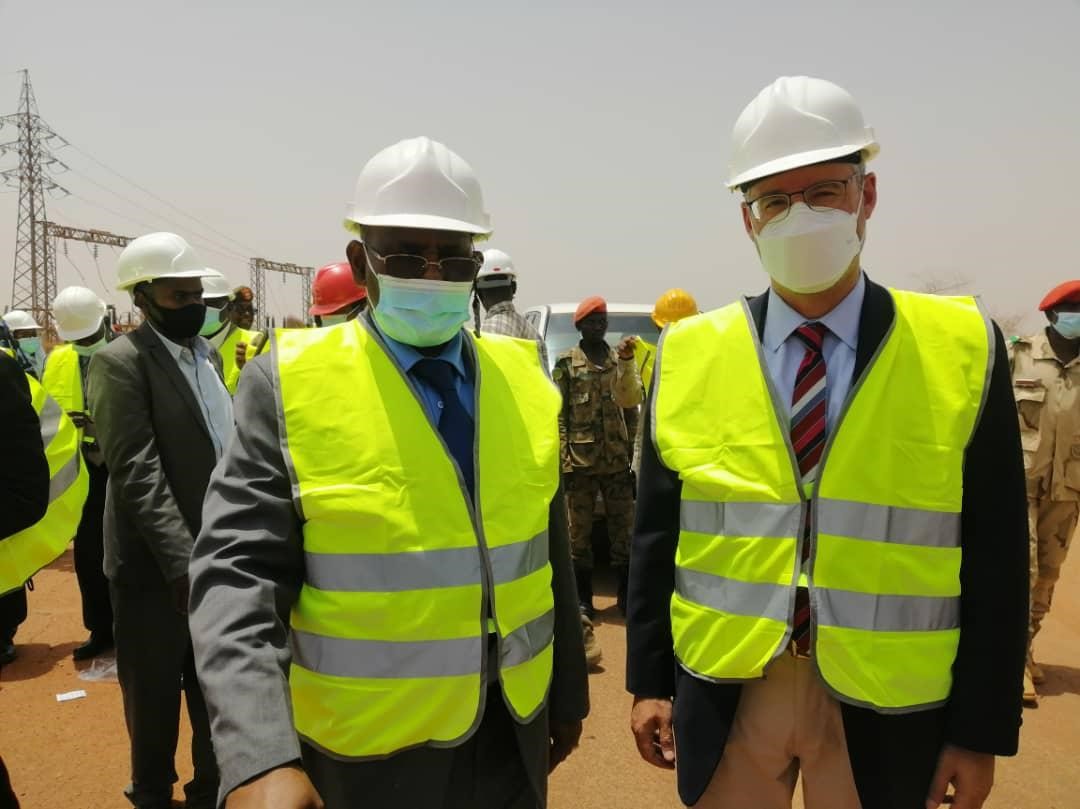 Al-Foula, April 11 (SUNA) - The American Charge d'Affaires in Sudan, Brian Shawkan, arrived at Heglig oil field in West Kordofan State on a visit to the state, where he was received by Wali (Governor) of the state Hammad Abdel-Rahman Salih. The two sides held a joint meeting in which the governor welcomed the US Charge d'Affaires and his accompanying delegation, saying that the visit comes as an affirmation of Sudan's openness to the outside world after the great successes achieved by the glorious December Revolution. The governor said that the state hopes for a lot of this visit, especially the entry of American investments, as the state has preferential advantages in resources that encourage investment, such as gold, oil and iron, in addition to agriculture and animal resources, stressing the need for American companies to return to work in the state. For his part, the US Charge d’Affaires in Sudan has expressed happiness to visit West Kordofan State, saying that it is one of the states that attract investments, indicating that he will see during the visit the available investment opportunities and encourage American investors to come to the state. He also toured a number of oil-producing areas, the premises of the American Chevron Company and the airport of Muglad town. BT/BT

Social Development Sector reviews CEDAW Khartoum, April 15 (SUNA) - The Social and Cultural Development Sector of the Council of Ministers reviewed at... Read More
61 views
Sudan Calls for Exchange of Information within Binding Agreement on Filling of Renaissance Dam
On 19 April 2021