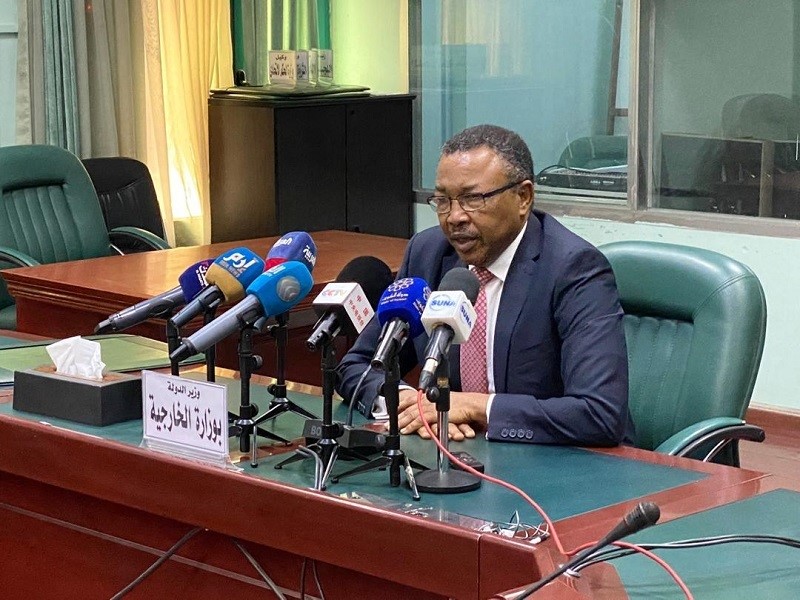 Khartoum, Sep. 14 (SUNA) - The acting Foreign Minister , Omer Gamar Eddin received in his office today the New ambassador of Norway Kingdom Mrs. Theresa Lukin, who presented her copy of credentials as an ambassador of her country to Sudan. The Foreign Minister has expressed his appreciation for the assistance and cooperation of Norway to Sudan specially in the international multilateral forums, expressing believe in the necessity of working to create partnerships between the two countries in vital areas such as economy, health, security and education. He also reviewed the great change that the country is witnessing following the Glorious December Revolution especially in regard to the public freedoms, affirming the transitional gov-ernment's determination to make the unique Sudanese model based on partnership in governance between civilians and the military successful, and to present it to the world as a role model. On her part, the Norway Ambassador has expressed appreciation for the good reception she had found since her arrival in the country at the beginning of this month. The meeting has also discussed several issues, including the importance of expediting the removal of Sudan from the list of states sponsoring terrorism, the role that Norway can play to support Sudan through its non-permanent membership in the Security Council during its next session, and the need to implement the pledges announced by the partners at the Berlin Conference on the 25th of Last June, asserting importance of supporting the progress of the friendship between the two countries. ta