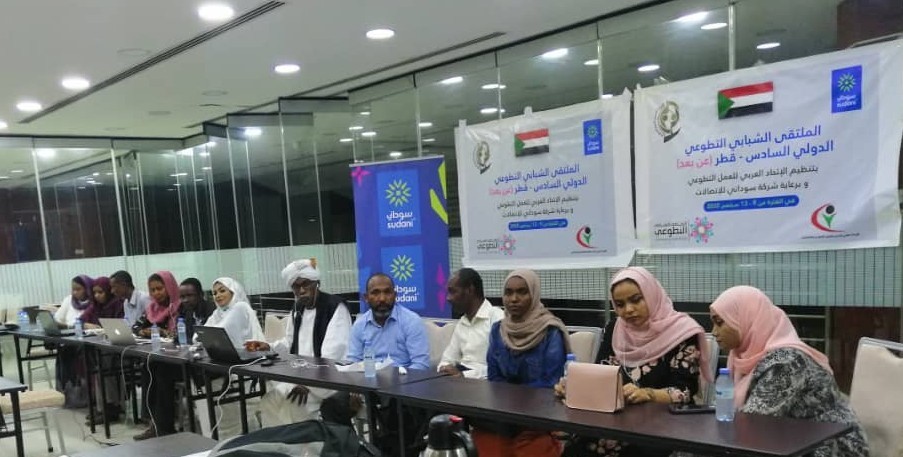 Khartoum, Sep. 14- (SUNA) - The Sudanese delegation won the first place in the 6th edition of the Youth Voluntary Forum in Qatar, held online with the participation of 18 countries during 6 to 13 of current September. The Chairman of the Arab Union for Voluntary Work, Dr. Youssef Al-Kadhim, has announced that Eng. Mohamed Atta Fakhry from Sudan won the first place at the Arab level, on the (third batch) of the Initiative of Talents of Our Country for the Disadvantaged Children. The second place was won by Radwan Farsi from Tunisia for the challenges of the Tunisian Association (Our Children), and the second place repeated by Riad Issa for (Volunteers Without Borders), while the third place was won by Imad Kazem from Iraq for the (Roof of Mercy) project, and the third place for the (House of Peace) organization presented by the Pakistani delegation with Alauddin Khan's working paper. The Jordanian delegation won the fourth place, on the initiative of (Tamkeen-Empowerment) by Hamzah Jamil and Moez Marwan, and the fourth place repeated won by the Omani delegation about the (Omani Network of Volunteers), with the project on the impact of volunteer tourism presented by Basma Al-Maliki. It is nworth noting that several papers and workshops were presented in the forum, and Sudan participated has with 15 persons, activists in voluntary work, organizations and initiatives. ta