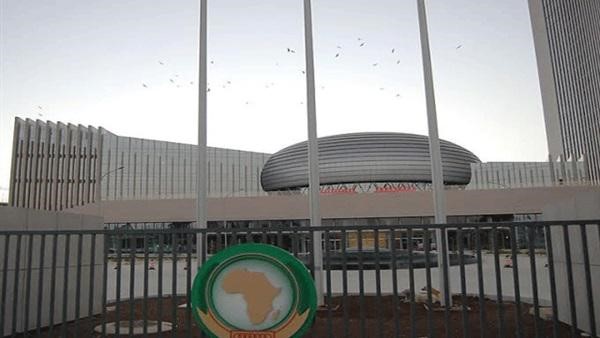 Aswan, Egypt, 29-11-2019 (SUNA) – At the conclusion of the 34th Inter-Governmental Committee of Senior Officials and Experts for North Africa (CIHFE), participants called the implementation of trade facilitation measures to be accelerated in North Africa in order to maximize the benefits and fulfill the AfCFTA potential, especially in the areas of investment and employment, a press release said on Friday.  It added that the participants have also called for strengthening of North African countries' support to economic operators, through better information on the African market, the creation of innovative financial instruments and the implementation of trade promotion measures; for better quality of physical infrastructures, especially regarding international transport and cross-border posts; and for the revision of legal and regulatory frameworks for the promotion of intra-African investments and trade facilitation. “Finally, countries emphasized the need to strengthen the quality of their education and vocational training systems, particularly for young people and women, so as to be able to take full advantage of the AfCFTA. “It added.  Member countries also called on ECA to produce an analysis of the AfCFTA’s impact on their economies, support the strengthening of their capacity to understand and operationalize the agreement, and facilitate the sharing of lessons learned and best practices from different partners at the national, sub-regional and regional levels in order to promote synergies and avoid the duplication of programs. “I think it has been widely agreed that the AfCFTA holds great potential for North Africa, especially through the development of regional value chains. However, in order to reach this potential however, we must identify and respond to the challenges of trade facilitation in order to reduce transaction costs and eliminate trade barriers, which are obstacles to regional integration in North Africa”, Lilia Hachem Naas, Director of the ECA Office for North Africa, was quoted as stressing The meeting took place within a context characterized by a slowdown in global growth, which is not expected to exceed 3.3% this 2019. In Africa, the expected 3.4% growth rate reflects very different sub-regional realities, which range from a 6.4% growth rate in East Africa to 3.4% in West and North Africa, 2.5% in Central Africa and 2.1% in Southern Africa.  Jointly organized by the ECA Office in North Africa and the Egyptian Ministry of Planning, Monitoring and Administrative Reform, the 34th CIHFE was marked this year by the organization of an extraordinary session under the theme "The African Continental Free Trade Area and Employment: the Impact of Improved Trade Facilitation and Regional Integration in North Africa "and a meeting of experts on" Trade Facilitation in North Africa for Enhanced Regional Economic Integration: Challenges, Opportunities and Way Forward".  These two meetings allowed participants to examine the links between intraregional trade and employment in North Africa, and in particular, how strengthening regional integration can encourage the emergence of a new economic dynamic that would encourage job creation. Indeed, intra-North African trade remains very low despite the strong potential for complementarity between North African economies (geographical proximity, infrastructure, linguistic and cultural similarities) and opportunities for regional value chains in many areas such as aeronautics; automotive; textile and clothing; renewable energies; agri-foods and processed foods industries; essential oils and derived products; fisheries; cereals and sugar. With over 64% of imports from non-African countries, these countries are encouraging the creation of jobs outside the continent, instead of responding to the needs of their own youth. The ECA North Africa Office will publish a comprehensive report on trade facilitation in North Africa for enhanced regional economic integration, on the basis of the meeting’s outcome.  The ICSOE meeting was also an opportunity for the representatives of the Member States to take stock of the work carried out by the ECA Office in North Africa and determine its strategic orientations for the coming year. The CIHFE Final Report will be submitted to the Conference of African Ministers of Finance, Planning and Economic Development, scheduled on 18-24 March 2020 in Addis Ababa (Ethiopia), under the theme "Africa’s sustainable industrialization and diversification in the digital era". MA/MA