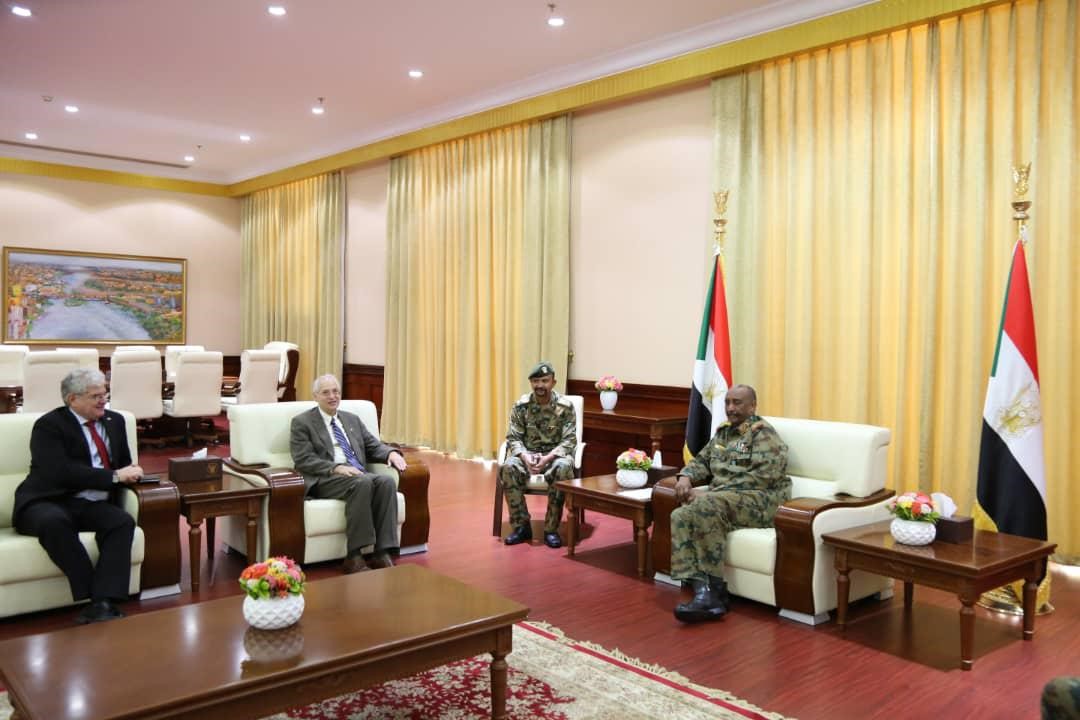 Khartoum, July 15 (SUNA) – Chairman of the Transitional Military Council (TMC), Lt. Gen. Abdul-Fattah Abdul-Rahman, Monday received at the Republican Palace the American en-voy for Sudan, Donald Booth, and discussed progress of the negotiations between the TMC and the Forces of Freedom and Change for reaching an agreement on formation of a civilian-led transitional government. The American envoy said that the Sudanese people have waited long for the civilian-led government, adding that they also reviewed other issues. He described his meeting with the TMC Chairman as a good and fruitful, expressing his opti-mism that the dreams of the Sudanese people for a civilian-led government and an indepen-dent prime minister will soon be achieved, adding that he will talk with all parties in this connection. He indicated that the United States is keen and committed to helping the Sudanese people achieve agreement on the arrangements for the transitional period, stating that the United States wants to see Sudan surpass the current stage. Booth said that the United States will work with the other Sudan partners to get assured that the Sudanese people have reached breakthrough in this regard so that they receive support from the international community. MH/MO