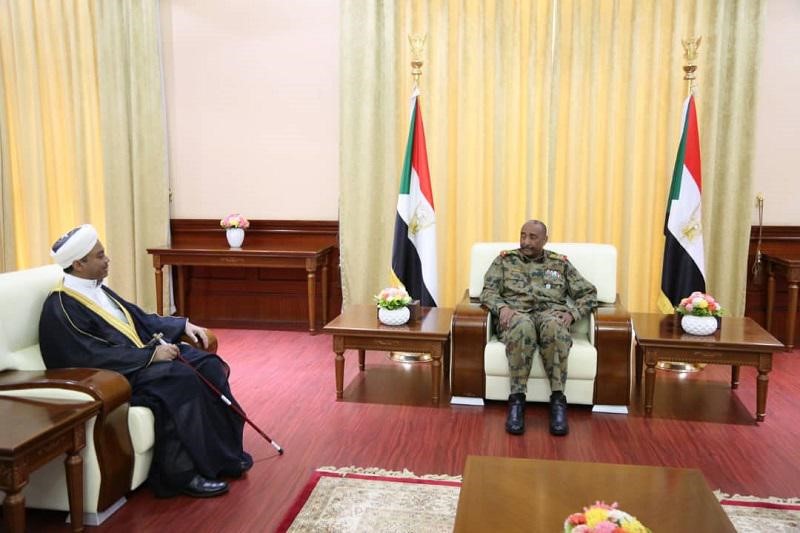 Khartoum, July 14 (SUNA) – Chairman of the Transitional Military Council (TMC), Lt. Gen. Abdul-Fattah Al-Burhan, received in his office at the Republican Palace a delegation of the Democratic Unionist Party (Origin), headed by the party’s deputy leader, Jaafar Al-Saddiq Al-Mirghani. In a press statement, Al-Mirghani said that the meeting was held in the context of the keenness for communication and consultation on the national issues. He stressed the party's stand with everyone who aims for realizing the good and peace to Sudan. He said that although the DUP has many reservations on some of the things that are currently being done on the agreements, but the party elevates the national interest on partisan and personal interests. He expressed his hope that the parties of the negotiations would reach an agreement that will preserve the Sudan's status and the appropriate political representation of the country. MO