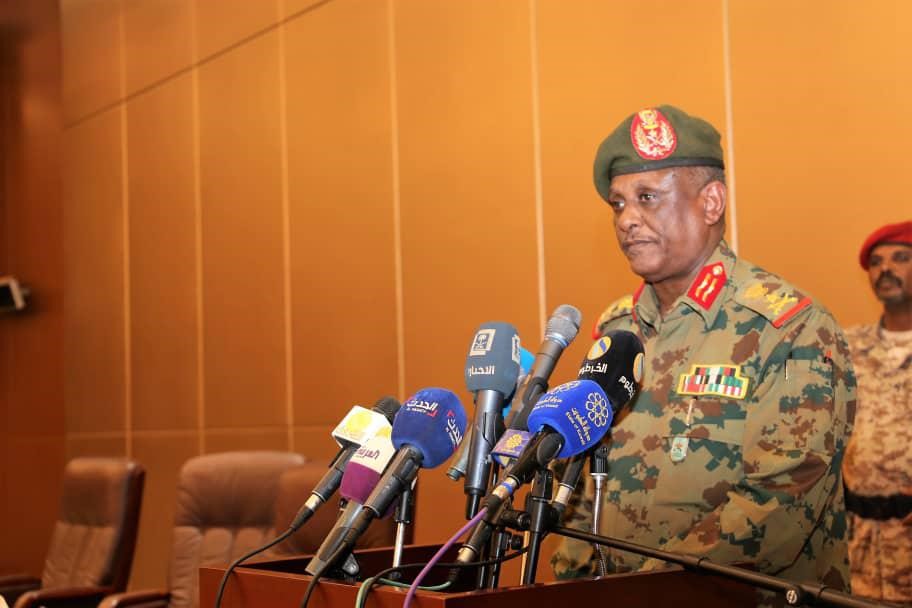 Khartoum, July 11 (SUNA) – Deputy Chairman of the Political Committee of the Transitional Military Council (TMC), Gen. Yasser Al-Atta, pointed out that the transitional period will witness security for the sake of reaching lofty goals and holding fair elections and during which the Armed Forces will protect the civilian democratic institutions. Addressing a gathering of people arts’ poets for support to the TMC and the Rapid Support Forces at the Friendship Hall Thursday, Gen. Al-Atta stressed that the era of difference has gone, and that the military institution is not competing with any one for power, but it aims for protecting Sudan and its people. Gen. Al-Atta has pointed to the solidarity between the military institution and the revolution leaders and youths for realizing renaissance in Sudan. He praised the role of the Youth Committee for Support to Peace and Development and the poets for the development of communities and dissemination of the lofty values. MO