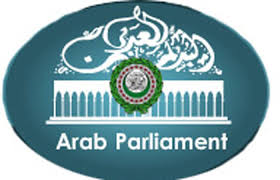 Khartoum, Apr. 15 (SUNA) The Chairman of the Arab Parliament, Dr. Mesha’al Bin Fahm al-Slmi, has announced his support appreciation to the response of the Sudanese armed forces to the demands of the Sudanese people, and the formation of an interim military council to rule the new phase in the Sudan, and the selection of lt. Gen. Abdul Fatah al-Burhan chair-man of the council. Dr. Mesha’al has emphasized in a phone call with ambassador Badur-Eddin Abdulla, the ac-ting foreign minister, the support of the Arab parliament for the transitional period in the Sudan to realize aspirations of the Sudanese brotherly national, calling on all the states, and the regi-onal and international organization to recognize the interim military council, and to support it in its historical mission in this critical stage the Sudan is passing. He reiterated commitment of the Arab Parliament to stand by side all what would realize the aspirations of the Sudanese people to live in dignity, prosperity and development, stressing the importance of maintain the Sudan’s security and stability, as it was considered an im-portant and pivotal country in the Arab world and the African continent. ta